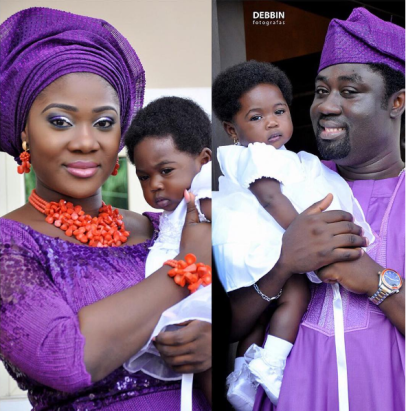 Nollywood actress, Mercy Johnson-Okojie, has revealed that her family is so dear that she can’t forsake it for acting.

Mrs. Okojie told Vanguard that after being delivered of babies for three consecutive times within three years, she needed time to rest.

“We went to spend time together, three kids, three years, its fun; it’s awesome. In marriage, it’s necessary to have time to reminisce, plan and talk”, she said.

Asked why she’s already working barely a week after her return from the United States with her husband, she responded; “It’s not about the money, as a person I combine my marriage, my kids, my work together. I’ve done that for the past five years. My kids are on holidays now, so it’s a better time for me to work before they get back to school; it’s actually a better timing. Like I always say, it’s not about the money but the passion I have for my work.”