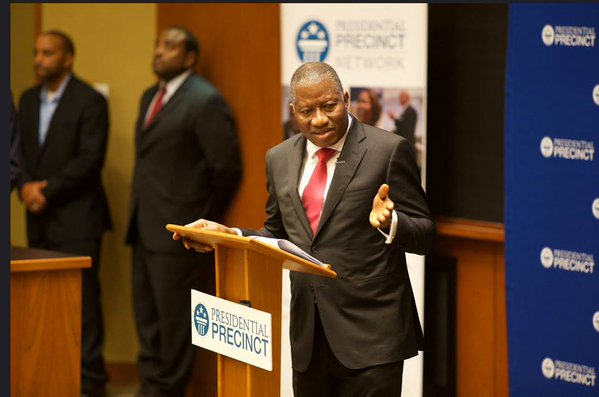 Former President Goodluck Jonathan on Thursday said some persons were out to malign him, out of frustration with his rising national and international profile.

Reacting to reports linking him with militancy, the former president said he has clean records and has been of diligent service to the country.

Jonathan said some people who have “scores to settle” with him are feeling frustrated by his rising profile within and outside the country.

“Some misguided characters are hell-bent on pulling down the former president, despite his clear record of diligent service to his country and longstanding commitment to the good of society,” read a statement issued on behalf of the former president by Ikechukwu Eze, his media aide.

“There is no doubt that there exists such people who may have scores to settle with the former President but are now feeling frustrated by the fact that his national and international profile has continued to rise, despite their recourse to muckraking and character assassination.

“Such people will stop at nothing to continue to throw obstacles, albeit futilely, on his path.”

Meanwhile, Kinsmen of the former President Goodluck Jonathan under the um­brella of Ogbia Brotherhood, have described as baseless and mischievous the allegation that he is behind the emergence of Niger Delta Avengers (NDA) against the Federal Govern­ment.

The group said that Jona­than is known to be an em­bodiment of peace, stability and from his pedigree, he has firm belief in the sanctity of life and the unity of the country.

At a media interactive session in Yenagoa by the National Chairman, Chief Benson Agadaga and the Secretary-General, Chaplain Ogiriki Ebutu, the kinsmen condemned the dangerous and spurious allegations against the former President.

“It is unthinkable that the former President, by any iota of imagination, could be linked with sponsoring or even estab­lishing an armed outfit like the Niger Delta Avengers to antag­onise the government where he has just served as President with the goodwill of Nigerians.

“May I add with unequivo­cal terms that the allegation lacks substance and does not bear true reflection or sem­blance of the nature, origi­nal beliefs, and intent of this prominent son of Ogbia who hold the revered title of Grand Commander of the Federal Republic of Nigeria. The Ogbia people, for instance, are not historically known for fanning the ember of war or reckless shedding of blood for any rea­son. Jonathan appears to have inherited his political disposi­tion from our political father, Chief Melford Okilo of blessed memory.”

Chief Agadaga, who is a for­mer Commissioner for Infor­mation in Bayelsa, noted that the allegations were targeted at rubbishing the political status of the former President.

“The status of Dr Goodluck Jonathan cannot be canceled with the hypocritical excuse of non-performance and fail­ing to develop the Niger Delta region. The Niger Delta cannot benefit anything by eliminat­ing or frustrating Dr Jonathan, our only national and interna­tional voice.”

“My Husband, Ezekiel, Impregnated His ‘Sister’ In Our Matrimonial Home,” – Woman Tells Court