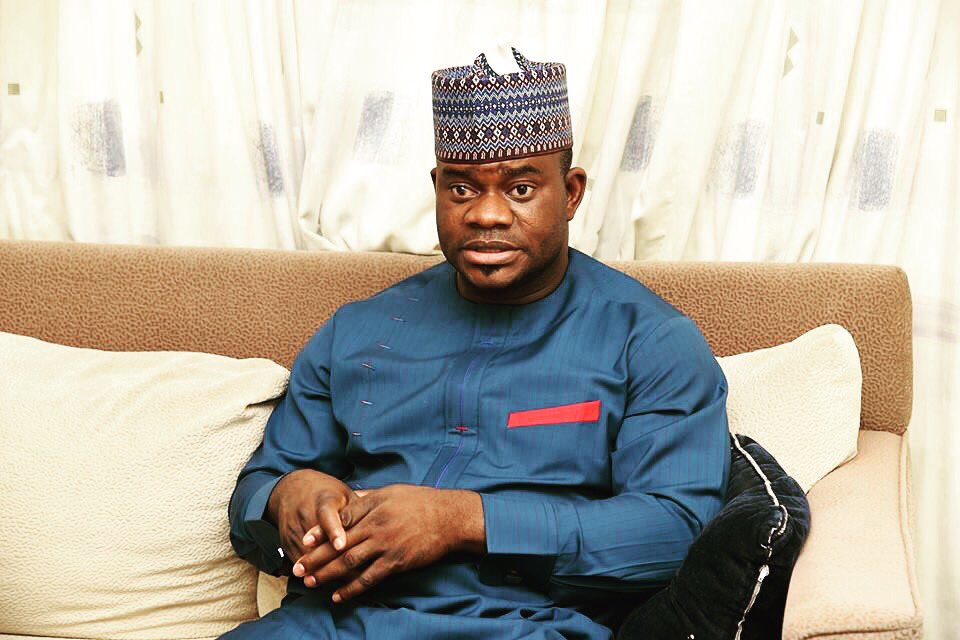 Nigeria’s President, Muhammadu Buhari and the Economic and Financial Crime Commission, EFCC, have received a petition alleging how the Kogi State Governor, Yahaya Bello looted the state’s treasury of the sum of N11 billion.

The petition was signed by EMA’s Country Director, Nigeria, Idris Usman and the Legal Adviser, Olutosin Ojaomo and dated 12 August, 2016.

The petition alleged the award of bogus contract for the renovation of 17 units of mostly three bedroom bungalows for a whooping sum of N 1.6 billion awarded to MAJ Global Construction Company Ltd. without tender, contrary to the Public Procurement by the Kogi State Governor.

“We strongly believe that the so called phoney renovation contract was an avenue to steal and launder funds from the commonwealth of Kogi people,” the petition said.

In the petition, EMA alleged that the Bello’s government awarded bogus contract for the construction of AGASA-Ukpogoro Road to AG Vision Construction Nig. Ltd of which N912. 6 million was hurriedly paid in a day without physical mobilisation to site till date.
It also alleged suspicious money laundering of the sum of N87. 5 million and N91.5 million through CGC Construction Company under the guise of payment of contract sum on 22nd June, 2016 and 1st August, 2016 respectively.

“From the aforementioned, it is crystal clear that there exists many instances of breach of trust, money laundering and misappropriation of funds by the individuals and corporate bodies mentioned above.

“Therefore as a Civil Society Organization, with zero tolerance with the violation of the law and in pursuant with our mandate, we are under obligation to bring these suspected criminal conducts and financial crimes under your regulatory and investigative powers as provided under the Economic and Financial Crimes Commission Act.

“From the foregoing, we therefore urge you to use your good offices to do the following; urgently commence comprehensive investigation into our petition; promptly beam your searchlights on the Bank accounts of the Kogi State Government, particularly those of Zenith Bank Plc., Access Bank Plc., and Skye Bank Plc. That the personal and company accounts of the Governor of Kogi State, Yahaya Bello and others mentioned above be investigated with a view to determining the movement of the monies under consideration.

“That the accounts of the contractors and corporate bodies mentioned herein be investigated with a view to determining their levels of culpability; that any individual, or corporate body found culpable should be made to face the laws of the land and that all illicitly acquired monies and properties from the proceeds of the wanton looting of the Kogi State treasury be recovered and returned to Kogi State Government,” it stated.