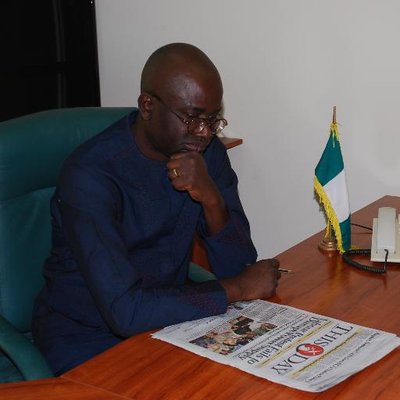 The China-Africa Public Diplomacy Forum, a symposium organized by the Chinese Government, held on Tuesday in Dares Salaam, Tanzania. Invited to speak on the theme “Advancing China-Africa people-to-people exchanges and media cooperation to achieve development”, below is my presentation at the session.

In April 2012, I was in Beijing as one of the 36 participants drawn from Africa, Middle East, South East Asia and Eastern Europe to attend a three-week “Seminar on Press and Publications in Developing Countries”. Organised by the Chinese authorities in charge of media and publications, the idea was for us to know more about China that has been projecting, albeit in a subtle manner, its growing power in the global arena.

While the sessions were enlightening, the most instructive lesson came at Xinhua, a leading publication in the country, where we could not but notice an inscription strategically placed at the entrance to the newsroom. It read: “In October 1955, Chairman Mao Zedong instructed Xinhua to ‘span the globe and let the whole world hear our voice”. That, I guess, is part of the reasons we are gathered here today for the China-Africa Public Diplomacy Forum. Stripped of all pretensions, the idea is to carry out the mandate of Chairman Mao to have the world, and in this instance, Africa, hear the voice of China. But since communication is a two-way thing, it is also important for China to hear the voice of Africa.

Although I have been asked to speak for a few minutes on media and humanity within the context of the conversation between China and Africa, I have chosen not to waste time on any academic exercise. I would rather provoke thoughts on how Africa can take the positive stories from China to advance its own development. But to the extent that there is no free meal in international relations, the role (and indeed, motive) of China in Africa has over the years been of great concern to scholars and policy makers around the world. The question often asked is: What exactly does China want?

I thank the organizers for inviting me to this Forum despite being under no illusion that Chinese engagement in Africa is an act of benevolence. It is not. But we must also concede that even when the Chinese pursue the national interest of their country, they do so respecting the cultures and mores of our people while conducting their businesses in an atmosphere of mutual respect and in such a manner that it would also be mutually beneficial to both parties. In any case, there are some fundamental commonalities between the peoples of China and Africa who both believe in traditional family values, having also suffered colonial subjugation.

I am quite aware that there are contending issues arising from China-Africa relations that we must deal with and it is my hope that the interactive session of today will provide the platform for addressing some of those issues. One that I must quickly point out is that while Chinese policy is based on non-interference in the internal political affairs of African countries; that has also led to the accusation that China is collaborating with some of the oppressive regimes we have on the continent. It will therefore serve China well to navigate carefully in African countries where the leaders are abusing the rights of their own people.

I have been to China four times, including when, as Presidential Spokesman in Nigeria, I escorted my late boss, President Umaru Musa Yar’Adua on a State Visit in 2008; though my first time in Beijing was in October 2000. On that particular occasion, I was nominated by the Chinese embassy in our country to cover the first Sino-African conference which marked the beginning of a real conversation between China and our continent. But it was the 2012 visit that I consider most productive as there were opportunities for interactions with senior Chinese officials who told us where China is coming from and how things have evolved within the last 30 years.

It is indeed fascinating that China sees herself differently from the way others see her. That is one thing we must learn in Africa—the virtue of humility that is based on correct self-assessment. In February this year, The Hurun Report, a China-based wealth research firm, said China now has 568 billionaires as against 535 by the United States, giving it the largest population of billionaires in the world. Ordinarily, that is something to brag about yet, the Chinese authorities are always quick to remind those who care to listen that the GDP per capita in China (which was $6416 in 2015) is still about 12 percent of the US’ $55,805.

What such introspection teaches is that Chinese leaders are ever conscious of the bigger picture and because of that, they seek ways on how the wealth being created would impact on every citizen rather than on just a few fat cats. What such admission also does is to compel leaders to work harder not only to create more wealth but also to ensure a more equitable distribution and that explains why China keeps growing. That is a lesson for African societies where the gap between the haves and the have-nots is widening as poverty spreads.

For instance, Nigeria where I come from is by all accounts a poor nation, given our huge (and largely uncontrolled) population and limited resources (though with enormous potentials). Yet we have for decades deceived ourselves into believing we are rich on account of our small (in comparison with some other OPEC countries) oil wealth which has also been mismanaged. But the real issue is that rather than work towards improving the living standards of the great majority who live below poverty line, some of our leaders would rather romanticise the number of those who own private jets, many of them ill-gotten. In contrast, China sees itself as rich and poor, in equal measure, because the leadership understands its primary responsibility to be lifting the poor majority rather than creating more opportunities for the privileged few.

Perhaps the bigger lesson we can take from China is how it has adapted to changing circumstances as one of the oldest civilisations. For instance, in the course of visiting “The Forbidden City” in April 2012, it became very obvious that the ancient Chinese was a prosperous society before its fortunes changed. But now the tide has turned and the people have collectively been able to rise from poverty to a measure of prosperity. How did China do it and what can we learn from such experience to change our own narrative on the continent?

That is the conversation we need to have in Africa and to do that successfully, the media will have to play a critical role. Interestingly, over the past 15 years, there has been a significant shift towards media diversity in Africa. This new path or wave is creating spaces for sustained debates on key issues that impinge on our collective humanity. This new path is also creating a new narrative that will change the way Africa is viewed and reported across the world. But in the age that we are in, you don’t seek respect by storytelling alone, you earn it by positive actions that will compel other people to listen to you and be more sympathetic or at least, less derogatory in the way you are reported.

About five decades ago, China and Africa were at a similar stage of development but today, the story has changed and that should inspire us on the continent that colonialism cannot continue to be an excuse for our failings. Africa is not ill-equipped to embrace change; nor is Africa unable to create her own positive and daring stories; we just need the right leaders with the right attitudes. However, there are challenges which are tied to the strength of the media and its operators. A weak media cannot produce the kind of engagement that will engender growth and development. And without stories that inspire, development will be difficult. And without development, outsiders will continue to feed on stereotypes about us as a people while the vicious cycles of poverty and want continue.

The role of the media in Africa therefore goes beyond informing or entertaining its audience, the more critical roles are about framing issues and leading discussions in a bid to galvanizing their respective citizens to positive actions. Like China, we need to change the notion that we cannot do things on our own. We need to start creating our own stories by focusing on the strength and potentials of our people, especially the energetic and enterprising younger generations. These voices will help us not only to question the past but also to begin the process of inventing new narratives for the change we clamour.

However, it is also important to stress that while the Chinese media model may have worked for their people, it cannot serve the interest of Africa where journalists must keep reminding those in authority of their obligations to the people. That perhaps explains why, even when students of journalism are taught that their role is basically to inform, educate and entertain, Larry Dailey, a Professor in Media Technology, has expanded that role to include the necessity to frustrate, to sadden and to scare certain elements in the society who do not work for the public good. If we must develop like China, that role is most appropriate for journalists in Africa where accountable and transparent leadership is still very much in short supply.

Last night, at the launching of Haiwainet-Africa Online, established by the Chinese People’s Daily, Mr. Wang Yongfu, their Deputy Editor in Chief for Overseas Edition, reminded us that in 2015, Chinese President Xi Jinping gave them a mandate to “tell Chinese stories well, spread Chinese voice well, and try to be the bridge of confidence-building, doubts-clearing and strength-uniting”. That may be good for China but as I stated earlier, there will be no conversation if only one side keeps talking.

The Chinese ambassador to Tanzania, Dr. Lu Youqing, struck the right cord when he said that both China and Africa must begin to tell their own stories through constant engagement and mutually beneficial interactions on all fields. There is no better way of doing that than by seeking to earn the respect of the civilized world through working for the prosperity of their respective peoples. Chinese leaders understand this very well and we can see the results but I am not too sure their counterparts on the African continent do. Yet, as a common saying goes, it is how you dress that you will be addressed.

If all that we project in Africa are wars, crisis, disease, corruption etc., respect will elude us. And in the world that we live in today, if you are not respected, you have no compelling story to sell. That is why China is important to Africa so we can learn from your experiences, especially in the last 30 years as we move along in a relationship that is based on shared humanity and will also engender shared prosperity.

Abuja Teens Conference
While the Web Portal, www.rccgteapteens.org, will be closed by 6PM today, registered participants will be notified tomorrow morning with a letter that will admit them to the conference on Saturday. Those who have problems with registration can send their full name; Sex; Age and School to: liz_ekpenyong@yahoo.com or est2yne@yahoo.com, not later than 8PM tonight.

Remi Oyeyemi: Nigerian Elites And The Challenges Of Now

Abdul Mahmud: On The Cyberstalker Near You, The Power of Arrest of the EFCC Examined