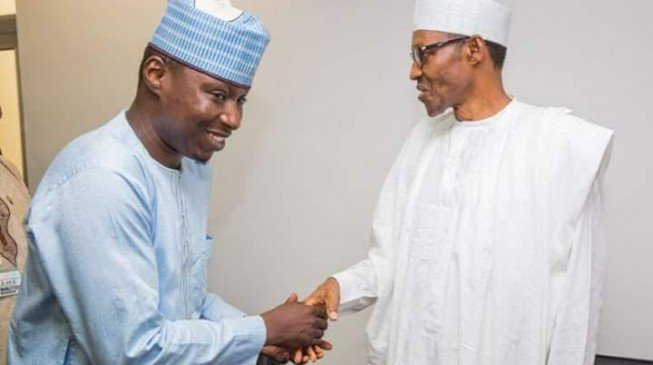 The All Progressives Congress (APC) in the United Kingdom has described the arrest of Abubakar Usman Sidiq popularly known as “Abusidiq” by the Economic and Financial Crimes Commission (EFCC) as an attempt to embarrass the Muhammadu Buhari administration.

In a statement by Adenike Lucas, on behalf of the party in the UK, alleged that the EFCC under Ibrahim Magu was attempting to clamp down on journalists in the country.

“Many see this as an attempt to clamp down on freedom of the press. This is not a dictatorial regime, why is Mr Magu arresting people because they published an article not favourable to him.

“It is a shame that the EFCC acting chairman under his watch allowed for the illegal arrest of Comrade Abusidiq. This arrest was made by armed EFCC operatives in the presence of his young family.

“Comrade Abu has been a key ally in publishing corruption allegation made by senior staff of the commission. The accusations made in the article I wrote which was published by Comrade Abu last week, should have been investigated but instead, Comrade Abu was arrested.”

She recalled that Abusidiq was a prominent member of the Buhari media campaign set up to galvanise votes during the 2015 elections.

“In a detailed investigation I conducted over the past few months, I established how desperate Mr Magu was in tarnishing the image of several of PMB’s Ministers – General Abdulrahman Dambazau, Mallam Abba Kyari and Maman Daura, because of his selfish determination to prevent an investigation into the corrupt act of his and his Godfather, Gen. Babagana Monguno, the National Security Adviser who is currently on a trip to Chad with the President, ” she said.

While stating that it was a sad day for democracy, Lucas further described the arrest of the journalist as a disgrace to the EFCC.

“While it is yet to be confirmed that Comrade Abu is to be released shortly, I demand full explanation from the EFCC acting chairman as to why this young man was arrested in the first place, ” she added.

“I also want assurances that he will not be picked up again neither will his family or friends and those speaking to me about this matter.”

If You Have issues That I Handle 3 Ministries, Complain To Buhari – Fashola’s Says