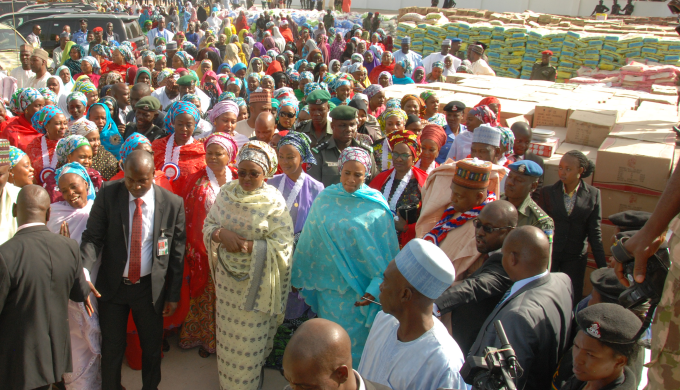 Wife of the President, Aisha Buhari has disclosed that she instituted legal action against Governor Ayo Fayose of Ekiti State because he insulted her and her family.

In an interview with the Hausa service of the Voice of America (VOA), Mrs Buhari also accused the governor of making false allegation against her.

“At the time, he was not the only one insulting us, but people felt that it was just campaign. After the election, which we won and they lost, everyone else moved on except him and he extended his insults to me.

“I did not run for president. I am a married woman and I have never called his name. I never knew him. But as governor and chief executive, he kept insulting and raising false allegations against me. I have to respond and I decided to go to court.

”He made allegations over what he said I did here in the US, even though I have never met the people he mentioned,” she said.

“We Are Being Persecuted” – Witches And Wizards Association Cry Out