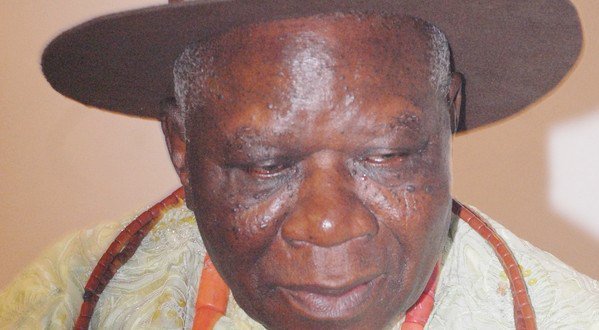 Edwin Clark, elder statesman and Ijaw national leader, says he has always been in support of the fight against corruption, recalling how he challenged former President Olusegun Obasanjo for having just N20,000 when he left prison but is now one of the wealthiest ex-presidents in West Africa.

Addressing reporters at his Warri, Delta state residence on Friday, Clark said he confronted Obasanjo with this allegation in the era of former President Goodluck Jonathan.

Maintaining that Nigerians know his stance against corruption, Clark spoke on the role he played in the conviction of James Ibori, former Delta state governor, who is currently serving a jail term in London.

“I talked about corruption during the time of erstwhile President Obasanjo and Yar’ Adua,” he said.

“During Jonathan’s time, I accused Chief Obasanjo that he was the most corrupt ex-president Nigeria had ever produced. I said that he left prison with only N20,000, but today he is one of the wealthiest former presidents in the whole of West Africa.

“I was also in the forefront of fighting our former governor, Chief James Ibori, leading to him being sentenced UK. Every Nigerian is aware of this. I led the crusade against him especially when a judge dropped the charges against him.”

Clark said people accusing him of not speaking against corruption were “unpatriotic”.

Responding to a recent critical piece against him, the Ijaw leader said: “Ordinarily, I shouldn’t have reply to it because whoever is the author is vicious, wicked and not a patriotic Nigerian. Otherwise, he wouldn’t have written I never spoke against corruption during the time of former President Goodluck Jonathan.

“I said the author is being vicious because I have been talking about corruption even before the time of Jonathan.”

How US Embassy Officials Are ‘Aiding’ Corruption In Nigeria