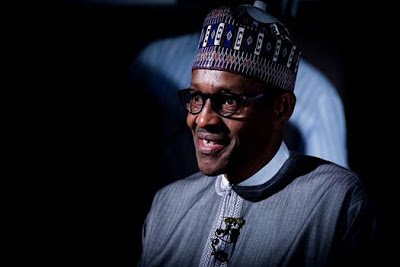 A group known as Vanguard for Justice, Equity and Strategy has commended the INEC for carrying forward the date of the planned Rivers re-run election as a result of incessant killings of people in the state.

Speaking in a seminar on Youth violence in Port Harcourt over the weekend, the vice President of the group, Hon. Friday Barida Ledilo said that the degree of insecurity that is being experienced in the state since Gov Wike assumed office a year ago does not call for only shift in election date, but a total DECLARATION OF STATE OF EMERGENCY if the federal government has to salvage what is still remaining on paper as a geographical expression called Rivers State.

“It is no exergeration that we no longer have a state we can call our own. Gov Wike and his self promoted cult-groups have bastardized the comfort of our dear state. Gov Wike should be told in clear terms that what we are suffering today is the seed he planted when he went round the houses of the leaders of known cult groups soliciting for their support while nursing the ambition to be Governor of the Rivers state between 2013-2015”, Hon. Friday Barida Ledilo emphasised.

The Vanguard called on INEC to ensure that until the security situation in Rivers State has returned to normalcy conducting any election in the state should not be contemplated, expressing satisfaction for the shift in the date of 30th July, 2016, describing the decision as a welcome development.

In a related development, a Non-governmental organization in Rivers State, the Rivers Pathfinders has described Rivers State as a theatre of war under Governor Nyesom Wike observing that no meaningful progress can be made as far as Gov Wike continue to take decisions that encourages criminality in the state.

In a press statement in Port Harcourt against the backdrop of the shift in the date of the re-run election, the Public Relation Officer of the Rivers Pathfinders, Engr Abiye Tamuno Sokari – George while condemning Gov Wike for not living up to the expectations of the people in his fight against cult groups, was full of praise for INEC for exercising caution and being sensitive to the cry of the citizens of the state in changing the date of the election in view of the security situation in the state.
The Pathfinders described Wike’s lip service to fighting insecurity in the state as worrisome and annoying, arguing that Gov Wike’s planned amnesty for known cultists amounts to treating the hydra-headed monsters with kids gloves.

“Why should Wike consciously released persons who have been detained for murder because they are members of his GDI and PDP few days to the reschedule re-run election if not for the fact that he will use them to cause more mayhem in the state “, Engr Abiye Tamuno Sokari – George queried.

Engr Sokari – George expressed happiness that both INEC and the police leadership in Nigeria have ignored Gov Wike’s usual antics of crying wolf after he has perfected wrong doings to give impression that it is his opponents, stressing that it is only in a conducive atmosphere that voters can exercise their franchise. The pathfinders call on the security agencies in the state to investigate the real intention of Gov Wike in granting criminals amnesty few days to the re-run election.

Youths Declare Support For? ?APC Ahead of Ondo 2016 Guber Polls