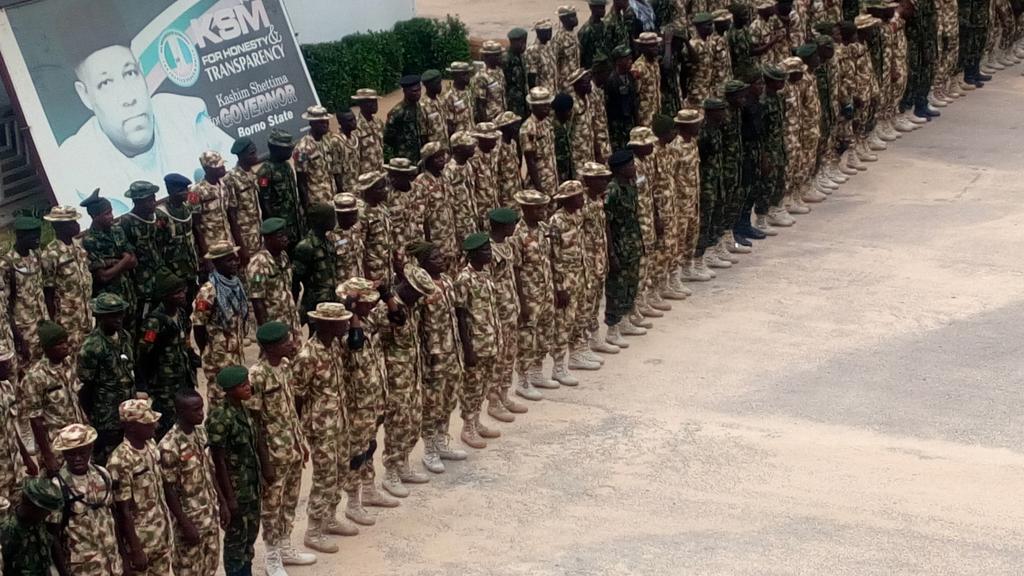 The Northern Inter faith and Religious Organisation for Peace has commended President Muhammadu Buhari for the absorption of some members of the Civilian Joint Taskforce known as civilian JTF fighting the Boko Haram insurgency in the north east into the military and Department of State Services (DSS), saying such move is in the interest of peace after the war on terrorism has been won.

Addressing journalists Sunday, national cordinator of the group, Bishop Musa Fomson said the concern has been how to disarm and demobilised the youths after circumstances compelled them to bear arms because of the terrorists’ insurrection.

According to Fomson, those raising the concern were afraid of what would happen next when the military has completely defeated Boko Haram because the youths could have become a source of problem when they have the skills to fight without being gainfully employed.

He said, “But there is no need for such fear now that some of the former Civilian JTF members are now gainfully employed by being absorbed into the Army. It is something that can be done for the others that are willing to accept formal roles as they can be absorbed in other batches and into other organisations. This will of course ensure that they are not lured into misusing the experience and weapons they acquired in the course of supporting the military to fight terrorists.

“The strategy offers multiple advantages to the country and must be pursued with the necessary commitment. The youths’ knowledge of the locality will also ensure that the mopping up of defeated Boko Haram members that are trying to move into the society is easier and more thorough.

“Again, we commend President Muhammadu Buhari as the Commander-in-Chief for buying into this strategy and we also commend the military high command for recognising and accepting the contribution of the youths towards the defeat of the insurgency. We appeal that this should be a continuous exercise so that the other youths that are part of the a-hoc security body are similarly absorbed.”

He however said the government must ensure that the screening of those being absorbed is thorough to ensure their psychological stability in view of the mental health issues that could have become widespread both because of the environment these youths have been in and the activities they had been engaged in to survive that environment. There have been reports that a total of 250 youths that were once part of the vigilante group fighting Boko Haram terrorist better known as Civilian-JTF have been trained and inducted into the Nigerian Army, with another 30 reported to have also been absorbed into the Department of State Services (DSS).

Fomson said, “it is on this ground that we want to thank President Buhari for this foresight. We also acknowledge the contribution of the military for the success they have recorded in turning the support of the local population to the country’s advantage. Had the contributions of the youths’ vigilante group been rebuffed we possibly would not be where we are today. Our hope and belief is that youths in any other part of Nigeria where criminal elements are fomenting would realise that the ultimate winning side is the government side and would thus naturally pitch their tent with our security forces.

“Instead of joining forces with those with evil plots it is far better to support security agencies to fight against them. The military and security services have indeed by this integration of the former Civilian JTF members solved some problems that concerned Nigerians had earlier flagged.”

He further suggested that the authorities strongly consider granting amnesty to members of Boko Haram that are not high up in its command structure as an incentive to make them drop their weapons without further human tolls.

According to him, this should specifically target the non-combatant elements of the terror group and those that were coerced into joining the sect.

He said, “We must however warn that the amnesty being suggested should be aimed at demobilising Boko Haram members and must not be converted into a money dashing jamboree. It must also be monitored in a way that it is possible to keep track of those that sign up for the deal.”