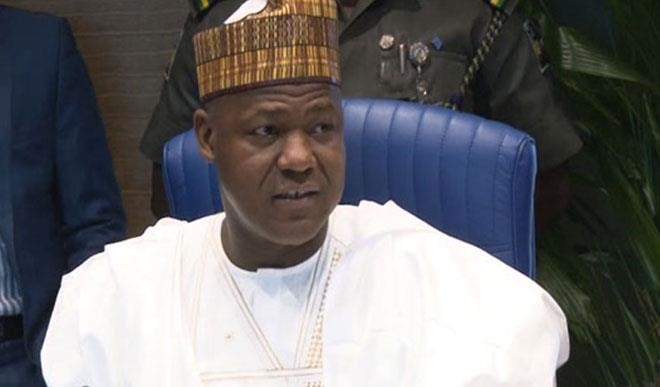 Former Chairman of the House Committee on Appropriations, Abdulmumin Jibrin, has reiterated that allegations of budget padding against the Speaker, Yakubu Dogara, and other principal members should not be taken as an attack on the House as an institution.

The leadership of the House of Representatives had Saturday dared its former Chairman, Committee on Appropriation, Mr. Abdulmumin Jibrin, to write a formal petition to the House with evidence backing his allegations against the Speaker, Mr Yakubu Dogara, and three other principal officers. 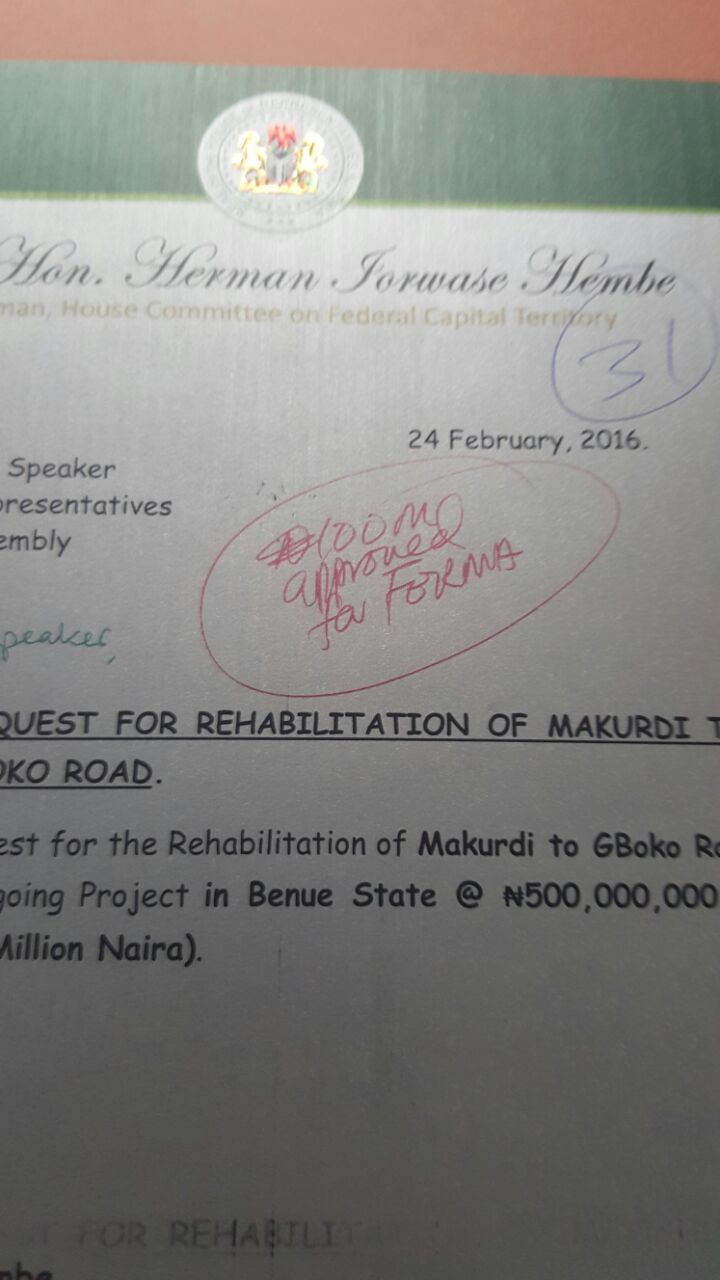 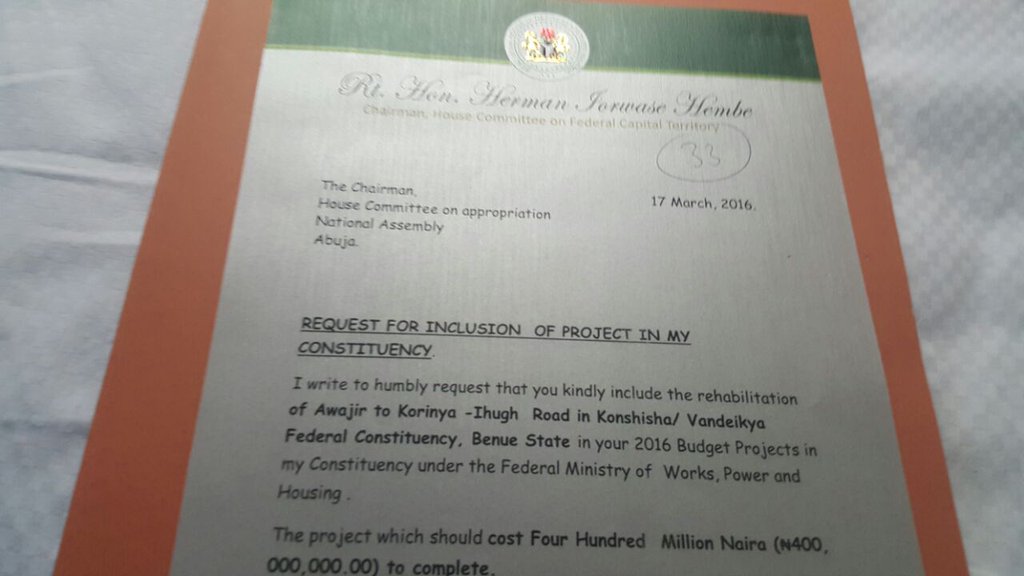 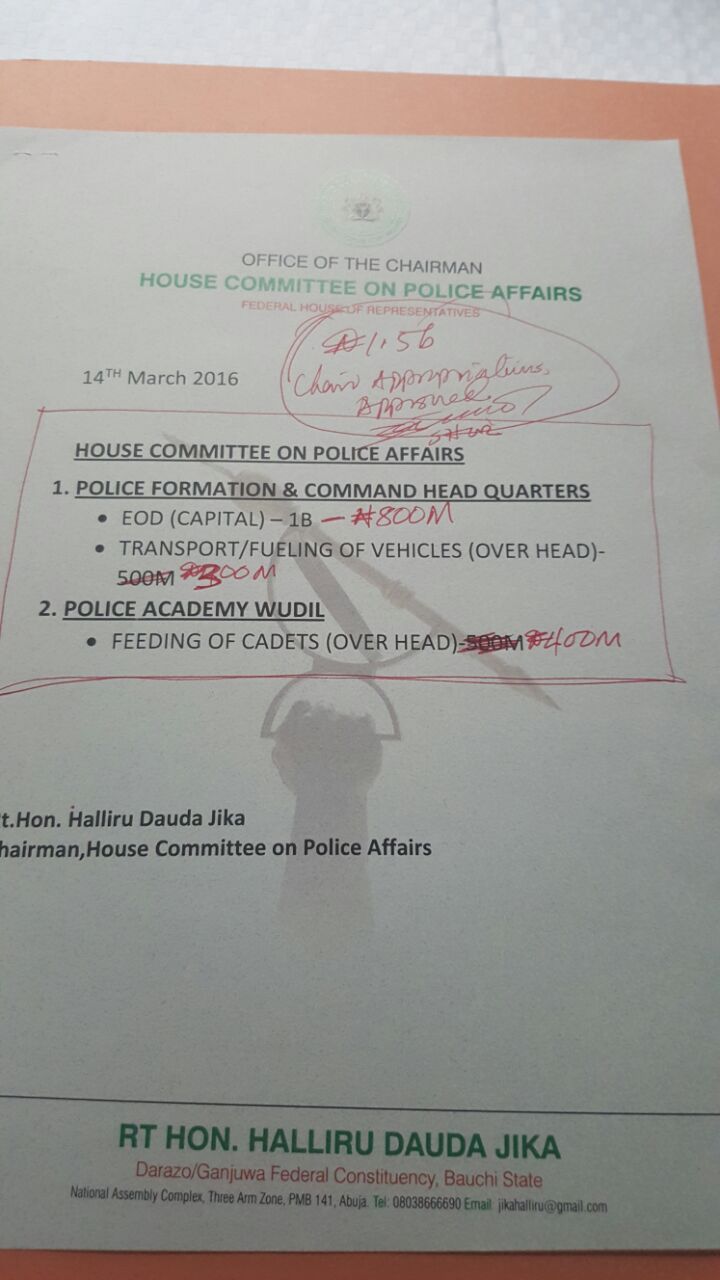 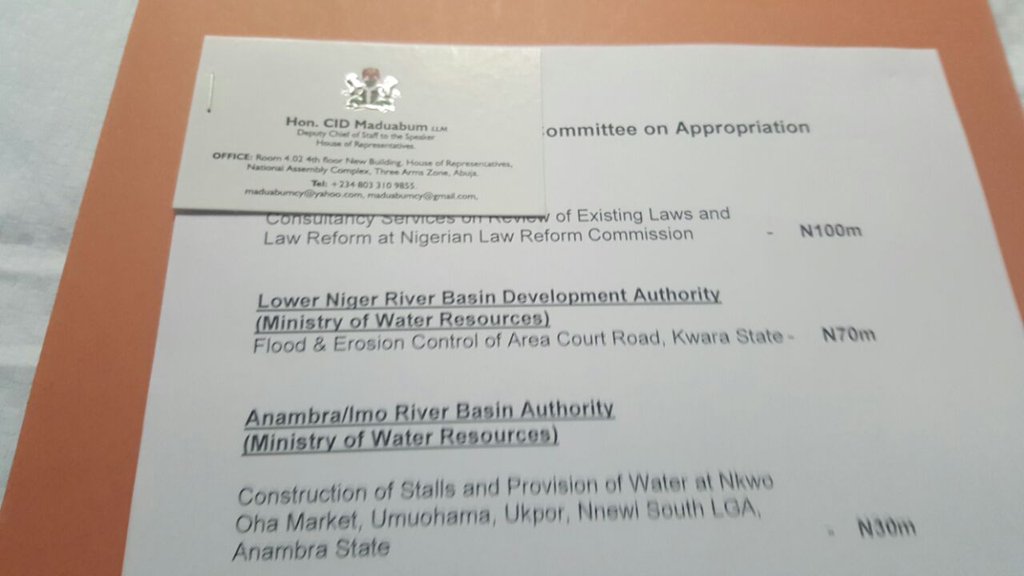 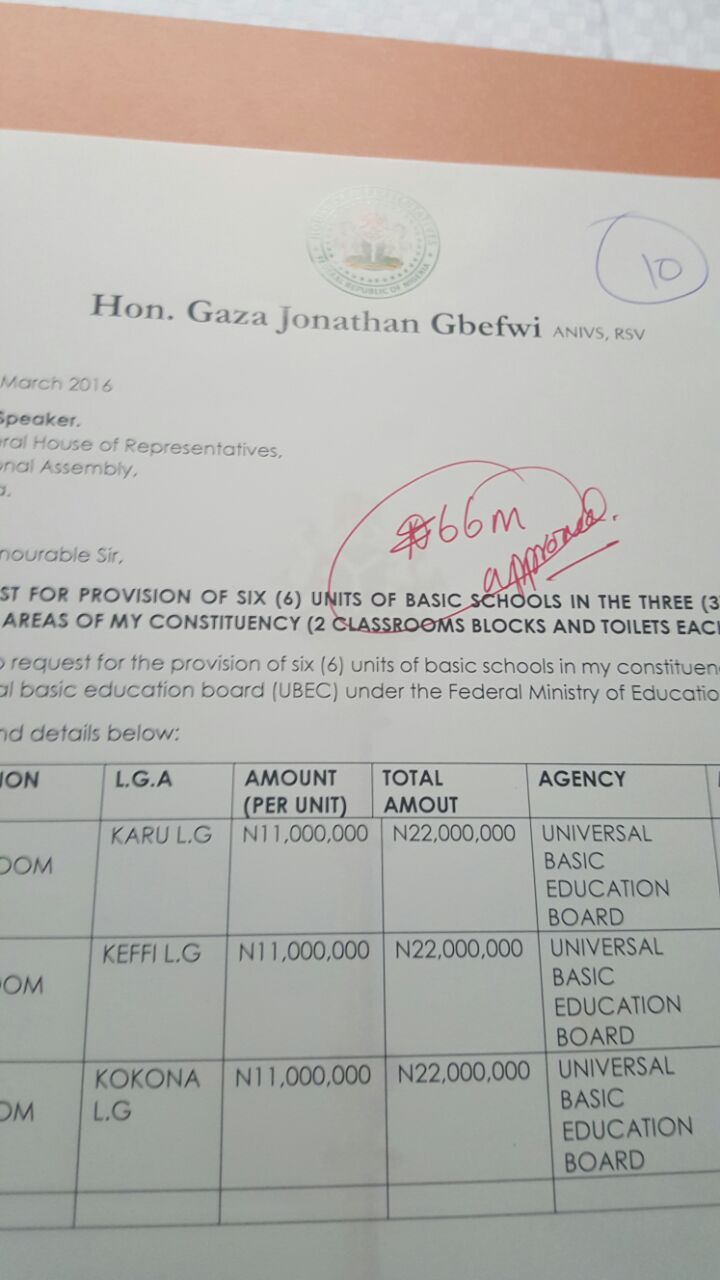 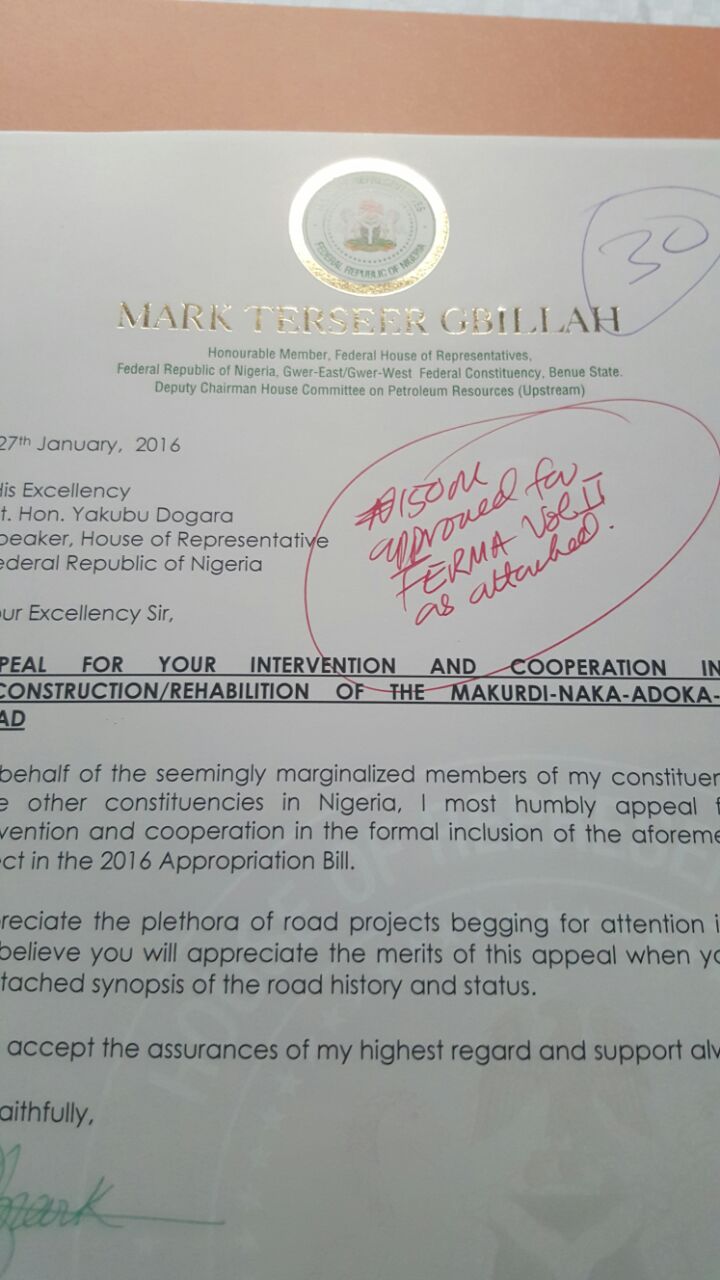 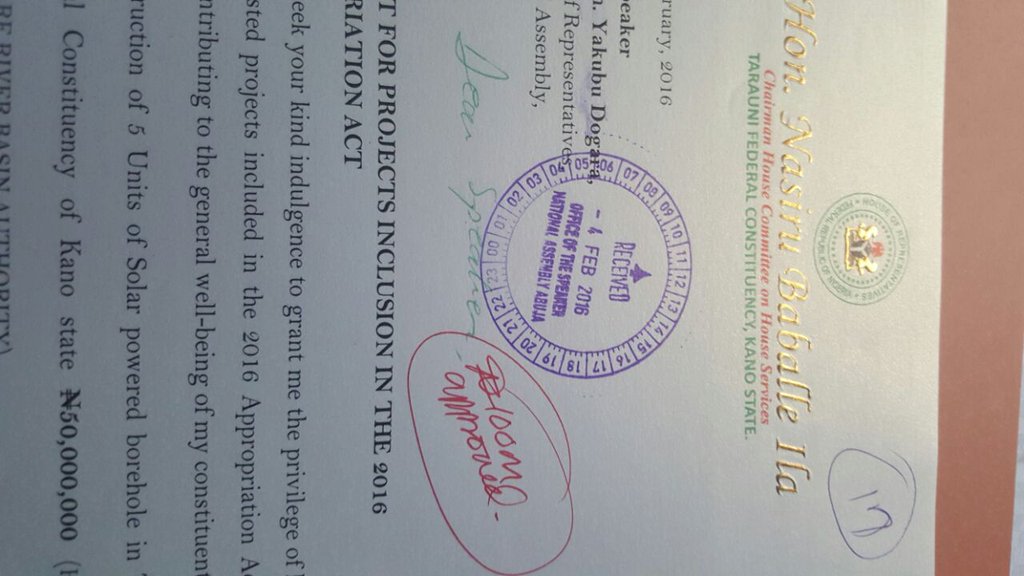 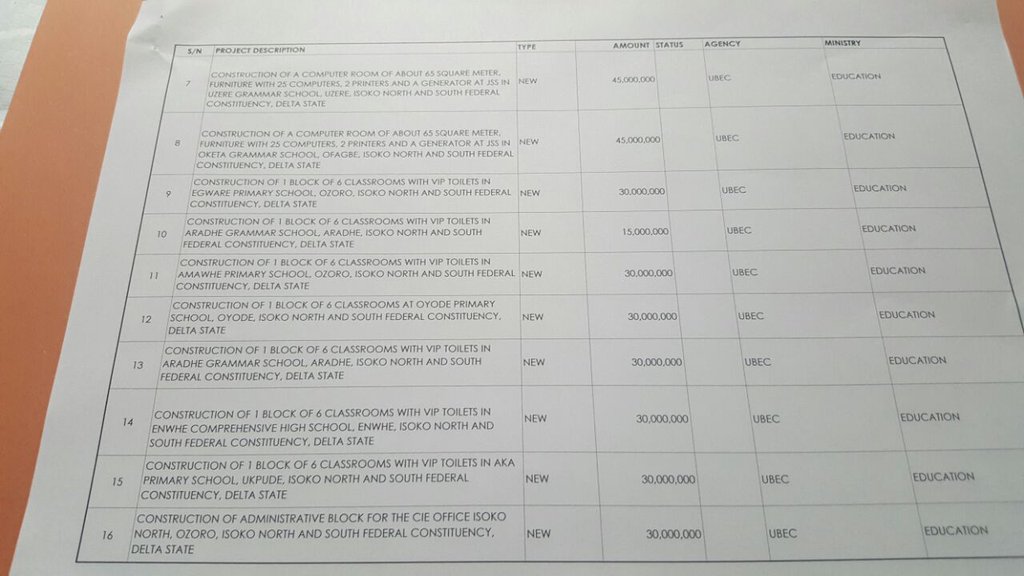 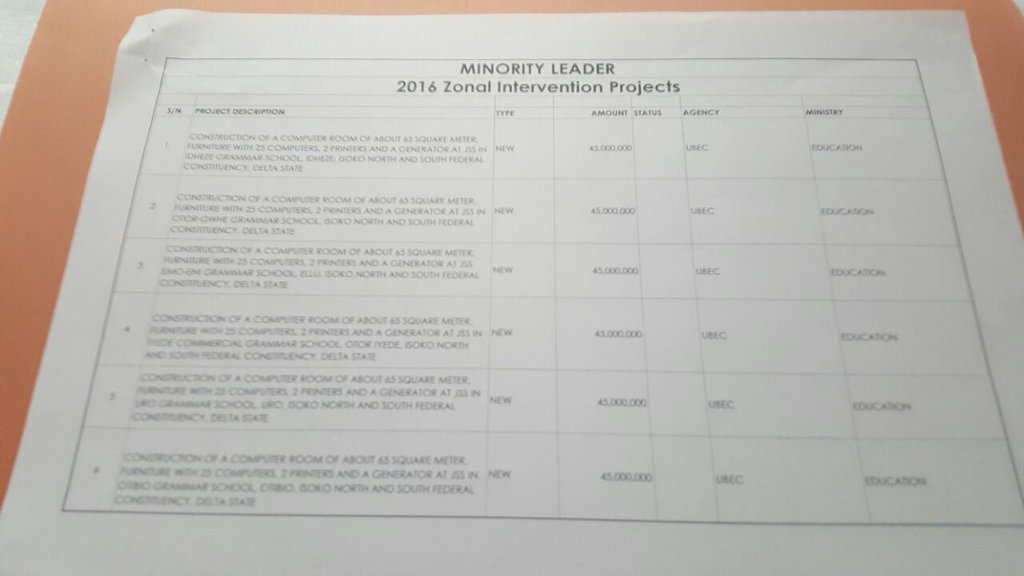 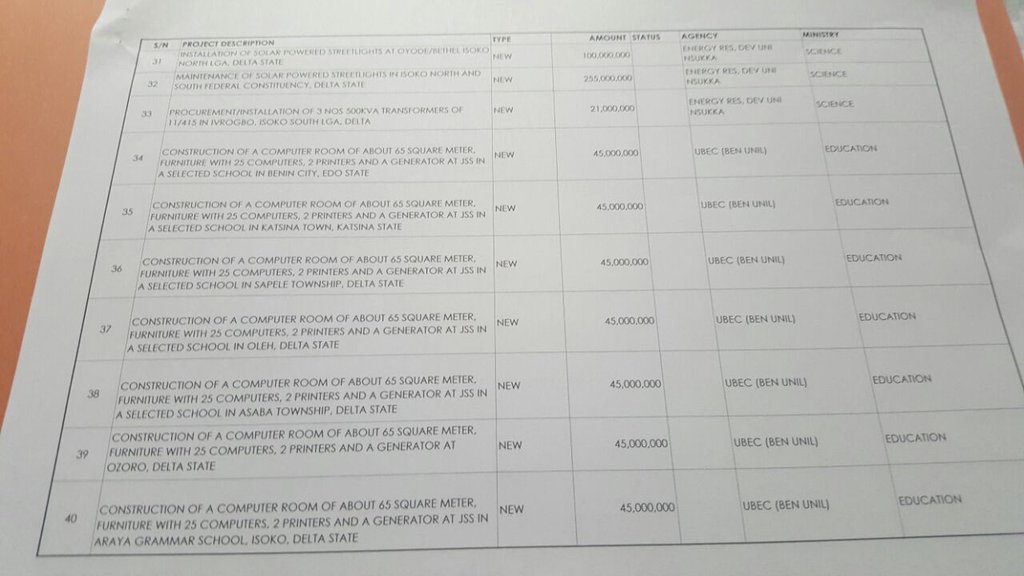 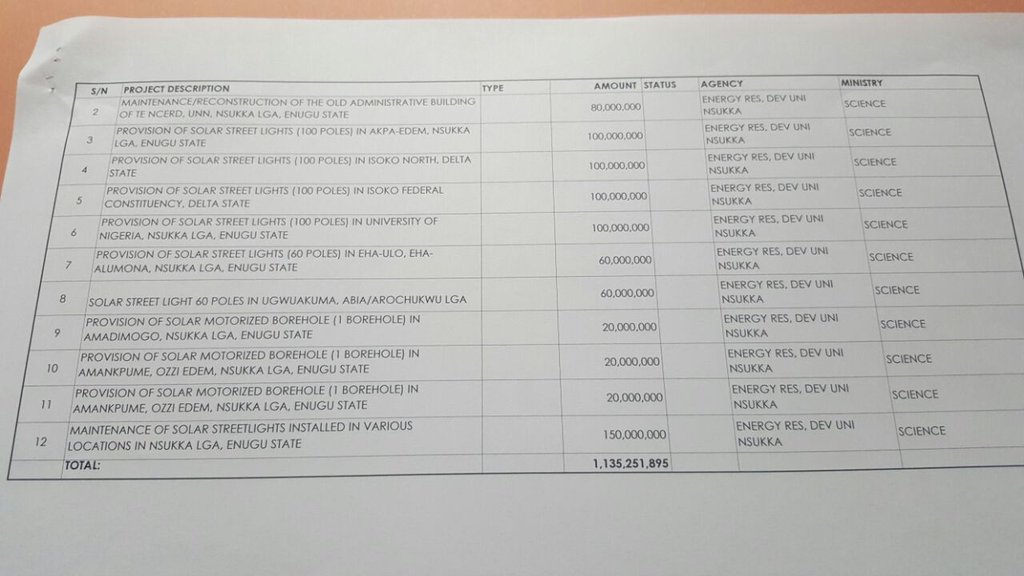 Document reveals Chief whip of the House, Alhassan Doguwa making insertions in the budget with his boldy written signatures…. 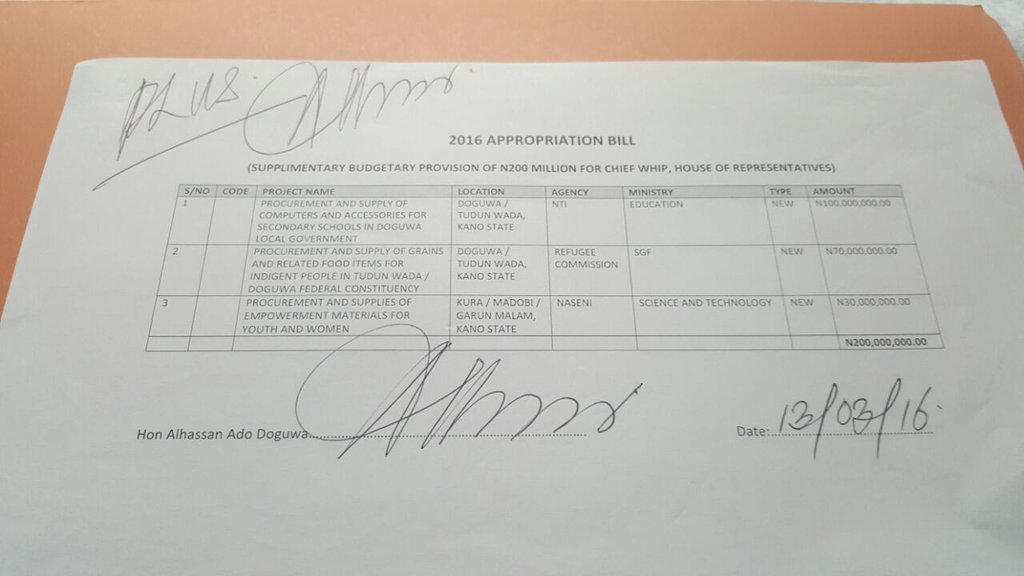 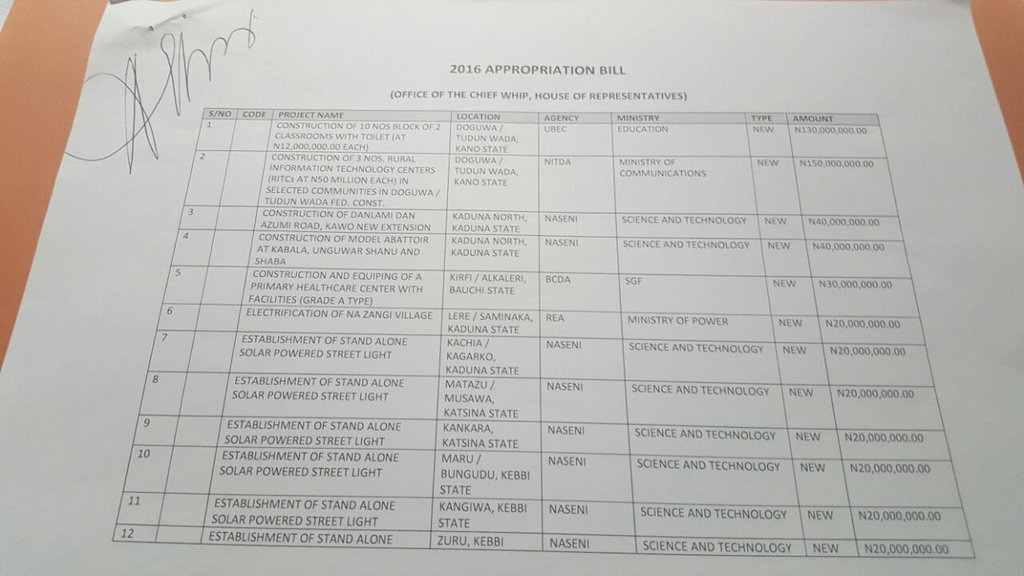 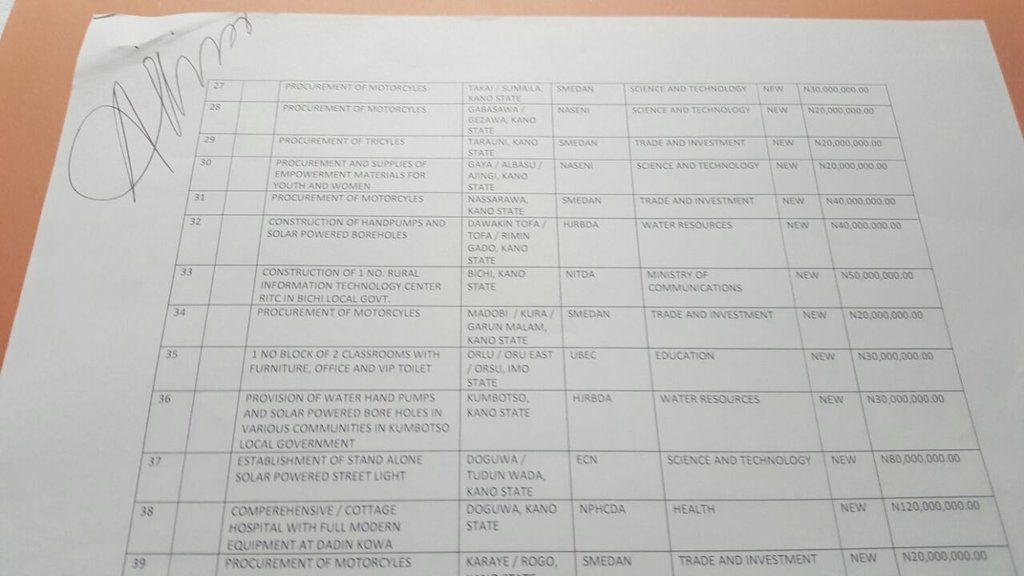 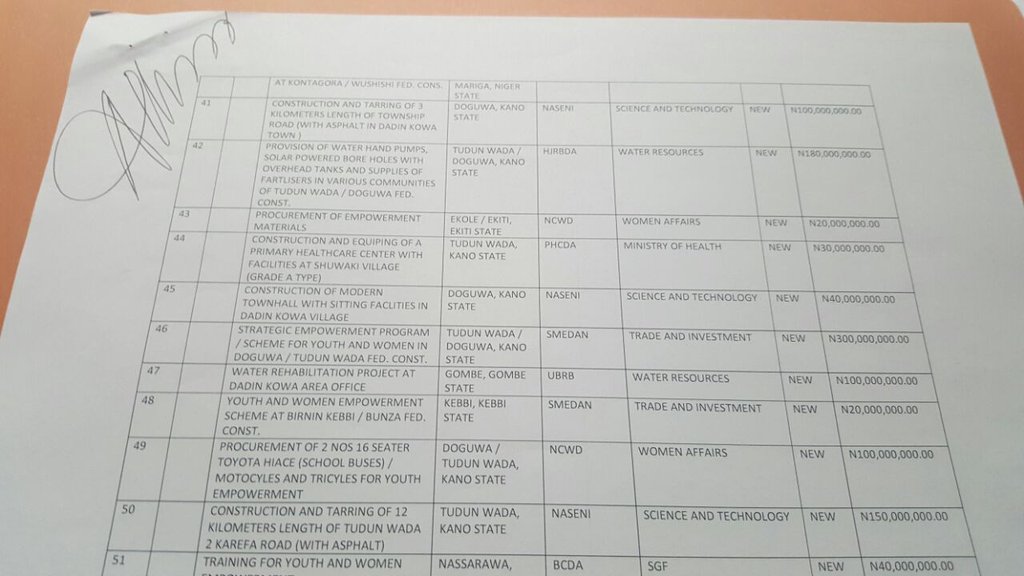 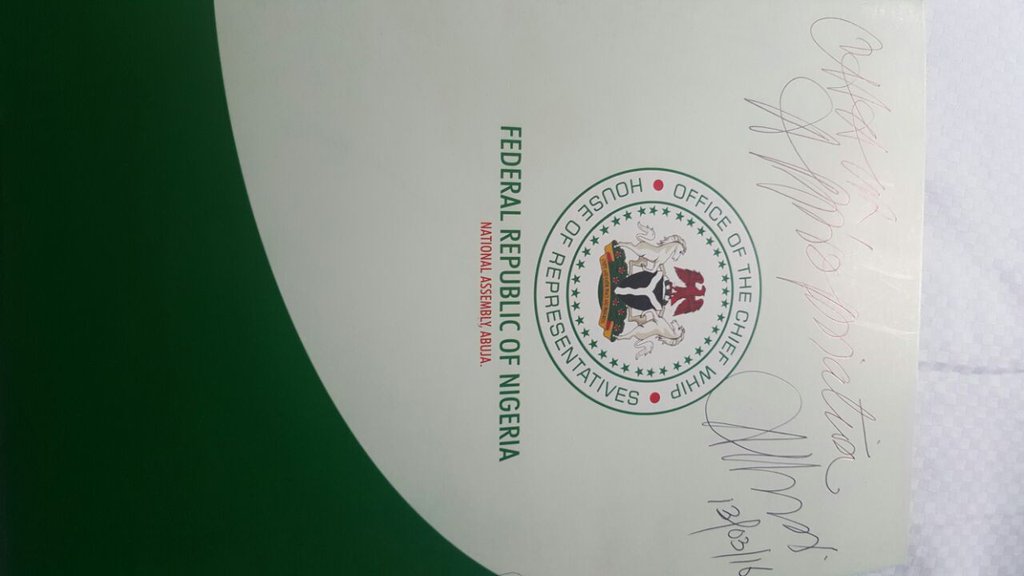 Additional documents below also show Chairman, House of Representatives Committee on Finance, Babangida Ibrahim demanding N14 billlion to be inserted in the budget… 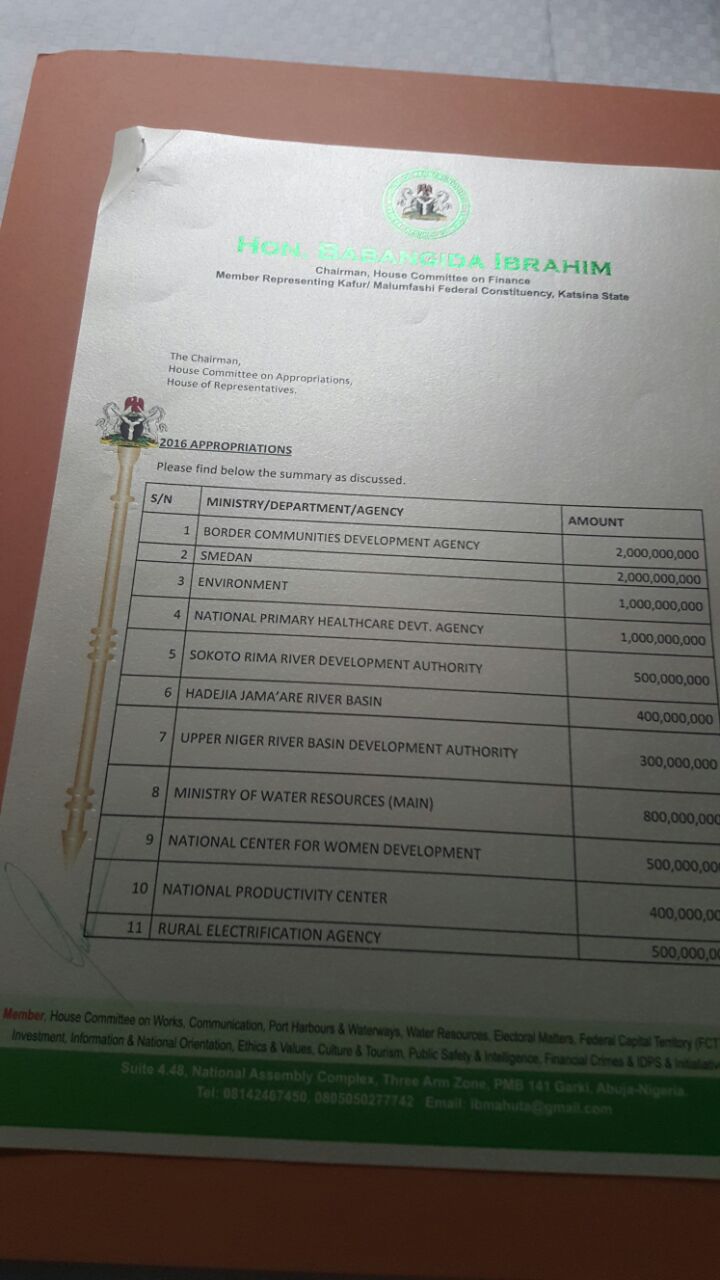