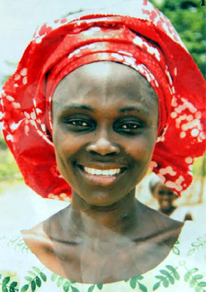 The Pentecostal Fellowship of Nigeria (PFN) has given the federal government and the Nigeria Police 14 days to unmask and bring to justice the perpetrators of the gruesome murder of Eunice Mojisola Elisha.

The residents of Kubwa woke up on Saturday morning to the shocking news of the killing of Eunice, who was hacked to death by unknown hoodlums as she was returning from early morning evangelism in pipeline Gbazango Extension Kubwa, Abuja.

The ultimatum was handed down on Tuesday in Abuja by the Chairman of Kubwa Zone of the association, Polycarp Inji, at a press conference.

The group said that if the authorities fail to carry out a thorough investigation to ascertain the remote and immediate cause(s) of the horrendous act to arrest and prosecute the assailants within the period of the ultimatum, which begins today, the church will be left with no other option than to take appropriate legal action and other options open to defend themselves.

PFN condemned the dastardly killing in strong terms, stressing that it came as a rude shock. It described the unprovoked attack and eventual cold blood murder of Eunice as a systematic, clandestine and orchestrated attack on the body of Christ in Nigeria at large.

“Our understanding of the situation is that it is designed to intimidate, frustrate and create fears in the body of Christ in Kubwa to the extent that we will not arise to carry out our divine mandate to preach and spread the gospel of Christ,” he stated.

Mr. Inji said that an emergency meeting of pastors and members of PFN was convened to prevent the recurrence of the barbaric incident, at which nine resolutions were passed to be communicated to the public.

That the relevant authorities should take steps to stop and prevent the unrestrained influx of miscreants into Kubwa, such as Maibola, Mairuwa and commercial motorcyclists who all by their clandestine activities aggregately constitute a security risk to lives and property, especially in the Christian community.
That the Development Control Department of the Federal Capital Development Authority should as a matter of urgency take proactive steps to demolish and remove all shanties, batchers and illegal structures where all these miscreants hibernate to carry out their nefarious activities.

PFN also urged the Acting Inspector General of Police, Ibrahim Idris, to reinforce the police personnel in Kubwa and its environs to carry out regular security surveillance to checkmate the activities of the criminal elements.

“All the suspected miscreants and criminals who murdered our sister late Deaconess Eunice Mojisola Elisha must be traced, arrested and prosecuted to serve as a deterrent to others, because justice must be done and must be seen done,” he declared. “If these kinds of acts of gruesome murder of our members continue unabated it might spiral into undesired effects and unpalatable consequences.”

He disclosed that some powerful individuals in the society were bent on using, sponsoring and mobilizing some miscreants against Christian activities in Kubwa, adding that they continued to slaughter PFN members like animals, and recalling another woman in Kano whose throat was slit.

The General Overseer of the Redeemed Christian Church of God (RCCG), Pastor Enoch Adeboye, on Tuesday, paid a condolence visit to the family of the deceased. He consoled the family, asking them to cry no more, as Eunice has gone to be with the Lord, and urged those who are alive to mend their ways.

The Nigeria Police FCT Command on Sunday issued a press statement saying that the Commissioner has ordered the Deputy Commissioner of Police, Criminal Investigation and Intelligence Department (CIID), to lead a discreet investigation into the case and that six suspects had been arrested in connection with the killing.