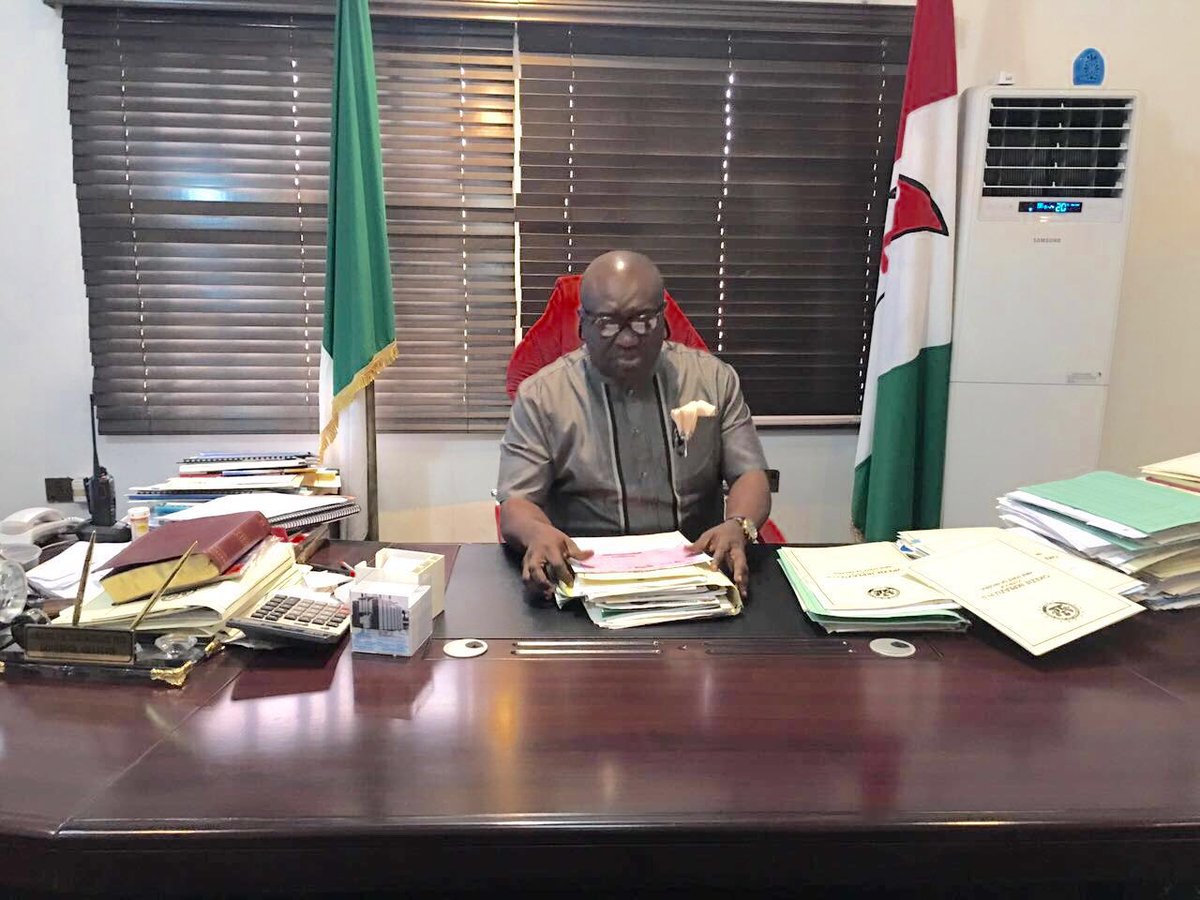 Festus Keyamo, a lawyer, says it is “constitutionally abnormal” and “illegal” that Okezie Ikpeazu, whose election was invalidated by the judgement of a federal high court sitting in Abuja, is still governor of the state.

On June 27, the court had had deemed Ikpeazu unqualified to have been elected governor, and declared that Uche Ogah, who came second at the Peoples Democratic Party (PDP) primary?, should be declared winner instead.

However, Ogah, whom INEC already issued a certificate of return, has yet to be officially sworn in as governor — an anomaly Keyamo wants corrected.

In a statement he issued on Wednesday, he said that all of Ikpeazu’s “actions, orders and anything done” in the capacity of governor since that judgement are “null, void and of no effect”.

THE FULL STATEMENT
On Monday, 27th day of June, 2016 the Federal High Court sitting in Abuja (Per Hon. Justice O. E. Abang) nullified the nomination of Dr. Okezie Victor Ikpeazu as the candidate of the People’s Democratic Party for the 2015 Gubernatorial Election of Abia State and also his subsequent election as Governor of Abia State. The Court ordered the Independent National Electoral Commission to issue a Certificate of Return to Dr. Sampson Uchechukwu Ogah, who scored the second highest number of votes in the primaries that produced Dr. Okezie Victor Ikpeazu.

A thorough scrutiny of the judgment of the court will reveal that, contrary to widespread opinion that Dr. Sampson Uchechukwu Ogah’s case was that Dr. Okezie Victor Ikpeazu presented forged tax papers to the Independent National Electoral Commission, his case was simply that Dr. Okezie Victor Ikpeazu apparently rushed to pay all his backlog of taxes just before the elections, yet he swore to a false affidavit and supplied a false information to the Independent National Electoral Commission that he paid his taxes AS AT WHEN DUE. It was based on this false information that the court nullified his candidature.

I have carefully listened to various arguments regarding the immediate issuance of a Certificate of Return to Dr. Sampson Uchechukwu Ogah by the Independent National Electoral Commission in strict compliance with the judgment of the Court. Contrary to opinions expressed in certain quarters there is no judicial decision or statutory provision preventing the Independent National Electoral Commission from complying immediately with the Orders of the Federal High Court. The provision of Section 143(1) of the Electoral Act, Part VIII that gives Dr. Okezie Victor Ikpeazu (or any other office holder for that matter) 21 days within which to file an appeal against an adverse judgment (and to remain in office until the appeal is determined) applies only to post-election matters before election Tribunals or the Court of Appeal and not pre-election matters as in this case.

In the circumstance, the Independent National Electoral Commission acted legally and correctly by instantly issuing a Certificate of Return to Dr. Sampson Uchechukwu Ogah.

WHY DR. OKEZIE VICTOR IKPEAZU MUST STEP DOWN IMMEDIATELY AS GOVERNOR OF ABIA STATE

It would have been permissible for Dr. Okezie Victor Ikpeazu to continue in office as Governor of Abia State pending the outcome of the appeal despite the judgment of the Federal High Court (and the nullification of his Certificate of Return) if Dr. Sampson Uchechukwu Ogah had not been issued a Certificate of return instantly.

That is why the Interim Order restraining the Chief Judge of Abia State or any other Judicial Officer from swearing in Dr. Sampson Uchechukwu Ogah is a non-sequitor as the judgment of Abang J has already been complied with by the Independent National Electoral Commission.

The scenario we have now is that of a person, without any document entitling him to that office, occupying the office of Governor of Abia State, whilst a person who has both a valid court judgment and a valid Certificate of Return is unable to assume office as Governor of the state.

Let the world know today that Dr. Okezie Victor Ikpeazu is operating illegally as Governor of Abia Sttae and all his actions, orders and anything done in that capacity are null, void and of no effect.

Dr. Sampson Uchechukwu Ogah should be sworn in immediately as Governor of Abia State pending the appeal lodged by Dr. Okezie Victor Ikpeazu. That is the only way to go to enthrone legality in Abia State. The heavens will not fall.