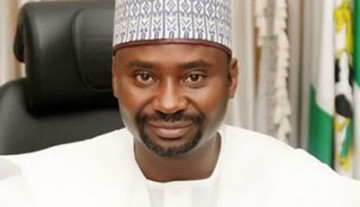 Director General of the National Emergency Management Agency (NEMA), says his attention has been drawn to “unsolicited acts by some overzealous political jobbers that have sponsored posters, carrying my portrait with the logo of the opposition Peoples Democratic Party (PDP), conveying goodwill messages on the eid-el-fitri.”

The statement he personally signed on Tuesday said the posters were clearly the handiwork of mischief makers, who were bent on creating confusion in Kaduna and indeed beyond.

It reads: “For the avoidance of doubt, I did not solicit nor sponsor any such messages to be printed and pasted around Kaduna metropolis and other towns in Kaduna State. I am not aware and equally not in any way connected to the purported goodwill message.

“I consider the posters as a ‘Greek Gift’ from those bent on creating disaffection within the polity, with the aim of achieving their selfish political motives. At no time did I sponsor or ask anyone to on my behalf, directly or indirectly; design, print and circulate the said posters.

“At the present time, I am absolutely committed towards discharging my duties as in support of the administration of His Excellency, President Muhammadu Buhari. I am totally engaged with assisting Mr. President in rehabilitation and resettlement of those affected by insurgency in the North East of the country as well as with planning strategies on ways to proactively manage disasters across the country.

“I therefore call on those that have made politics and blackmail a stock in trade to desist from such acts. I have reported to the relevant security agencies for investigations and necessary actions.

“In the meantime, while wishing the entire people of Kaduna state and indeed all Nigerians a happy Eid-el-Fitr celebration, I wish to express my unalloyed support for the administration of His Excellency, President Muhammadu Buhari as well as the Governor Nasir el-Rufa’i administration in Kaduna State”.

Buhari Has Been Very Kind And Generous To Cross River, Akwa Ibom – Presidency