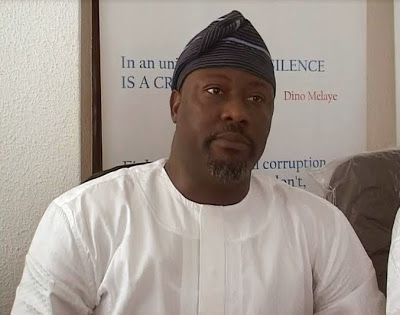 “Kogi voted for Audu but God voted for Yahaya Bello”. Perhaps, this quote should have been the title of this letter, but before I delve into the kernel of this note to you, it is appropriate to first establish my locus standi.
I am a native of Ihima in Okehi Local Government Area of Kogi state. Secondly, I am a journalist with close affinity to the hierarchy of the APC and INEC. Thirdly, I am a youth. Although, I am not your constituent, but the above qualifications provide sufficient premises for me to draw conclusions or contribute to issues that have to do with Kogi, APC or the nation, particularly in the realm of politics.
I would have called your cell-phone to bare my mind to you, but knowing from experience, that you hardly pick calls nor reply text messages of people you have not met or interacted with before, I have chosen this medium only as a last resort.
When in late January, during the swearing-in of “Mallam” Bello, in a crass display of sycophancy, you abused and made mockery of the voting power of the Kogi electorates, you did not foresee what laid ahead. You had unabashedly stated that while the people of Kogi state voted en mass for the late Prince Abubakar Audu, the immortal God voted for Alhaji Yahaya Bello, and then, at the height of your self-proclaimed, albeit false claim, to prophet-hood, warned of dire divine consequences for those who may want to go against the tide.
As a partisan politician, you conveniently elected to forget the Latin maxim, Vox Populi, Vox Dei. Sir, you should have known that the voice of the people is the voice of God.? The people voted for APC, irrespective of who its candidate was.
It was therefore with great consternation that on Monday, June 13, I saw you and your fellows of identical plummage flock into the national secretariat of the APC in Abuja in a manner that appeared more like a breach of protocol.
You had just finished a meeting where you constituted an 11-man disciplinary committee to probe the alleged anti-party tendencies of Gov. Bello.
While you chair the committee, other members include some “yesterday men” – Sen. Mohammed Salami Ohiare, Sen. Salihu Ohize, Sen. Abubakar Abdulrahman and Sen. Nicholas Ugbane. Others are Haddy Ametuo, Hon. Buba Jibril, Hajia Hajara Aliyu, Folasade Joseph, Suleiman Baba Ali and Barrister S. Adejoh.
And your grouse according to you is that; “Out of 15 commissioners the governor appointed, 13 are from PDP and two from the APC. Out of 105 members of the caretaker committees for the 21 local government areas, PDP has 72 and APC 33.
“Out of the 28 special advisers and senior special assistants he appointed, PDP has 24, APC one, APGA one, Labour Party one and Accord Party one”.
Knowing that you were once in the PDP along with many of those on your committee, would it be right to deny you full integration into the APC and still refer to you as “PDP guys?”
Should President Muhammadu Buhari be accused of anti-party activities for appointing Rotimi Amaechi, Nasir el-Rufai, Audu Ogbeh, Heineken Lokpobiri and many other ex-PDP bigwigs into his cabinet? While you might be right to say that some of the governor’s appointees were ex-PDP men, just like you, you would most certainly be stretching political lunacy too far to still posit that those appointees are currently card-carrying members of the PDP.
Perhaps, rather than just brandish figures, it would do you much good to mention the names of Bello’s appointees who are PDP members so that they can directly defend themselves.
In any case, these allegations, on the surface value, are weighty except that they lack any evidential value.
As you very well know, in law and in fact, the onus probandi or burden of proof lays with you. To put it more explicitly, semper necessitas probandi incumbit ei qui agit, (that is, the necessity of proof always lies with the person who lays charges).
Indeed, rather than “summoning” the governor, a power which, ab initio your committee does not possess and cannot consequently exercise, you should be proving to the relevant organs of the party, by way of a strong petition with evidences showing that your allegations are worth the paper on which they are penned.
In the light of the ethno-political fault-lines and tension in the state, would it even be a bad idea to run a Government of State Unity just as we have governments of national unity in some climes?
Distinguished, what has changed between January 27 and June 13? Why the sudden change of attitude? The governor has accused you of wanting to nominate all his appointees from the Western Senatorial flank of the state and that his insistence on “following his mind” is the reason why your ego is bruised. Anyway, that was what he said. It’s left for you to give us a counter-narrative.
Lest I forget my manners, how is family? Hope you are all doing fine? Please, say me well to Uncle Bukky, and Bros #CommonSense. Lastly, don’t forget my Ramadan rice o. Plus millet too. Boys are not smiling, atol, atol.
Ehen, don’t forget to remind Adayi Ohiare of the character that wrote the petition which eventually led to his disgraceful sack from the senate. We hear they are now together in arms against the governor.?

Omeiza Ajayi, JP, an Abuja-based Journalist, can be reached on Whatsapp via: 08050562095 or, omezonline@gmail.com