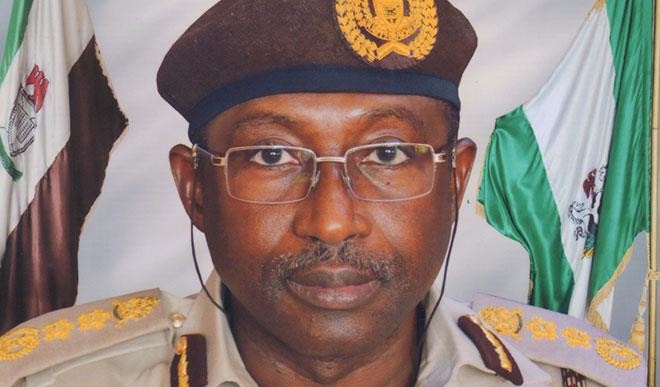 The Comptroller General of the Nigeria Immigration Service (NIS) Mohammad Babandede has promised to reinstate the 2000 dismissed recruits after being laid off almost a year ago.

The CG made the promise on Tuesday while addressing the dismissed personnel who were protesting their “unlawful dismissal” at the Ministry of Interior, Abuja.

He however, pointed out that the Service will have to carry out security tests on each of them before they could be reconsidered while those who will eventually get the job will have to get it on merit.

The 2000 personnel were employed by a presidential committee in 2015 following botched March 2014 recruitment exercise where many candidates died and many more sustained injuries.

The House of Representative had in April, 2016 ordered their immediate reinstatement .

Related Topics:OfficersSackedImmigration Service
Up Next