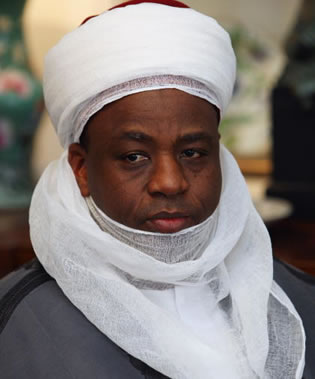 The Sultan of Sokoto, Sa’ad Abubakar, has urged Nigerians to support and rally round President Muhammadu Buhari in his task of building a virile nation.

The Sultan made the call at the 22nd Annual Ummah Convention 2016 organised by the National Islamic Centre, NIC, Zaria, Kaduna State, on Sunday.

He said the call became imperative in view of the economic upheavals bedevilling the country and the quest by the present administration to proffer lasting solution.

According to him, Muslims and Christians, young and old must come together for the country to record meaningful, steady and consistent growth and development.

The Sultan lamented that “men of state rather than elder statesmen” often found it very easy to attribute every negative thing to Muslims and Islam, whereas Islam is a religion of peace.

“It is our right to practice our religion without any interference by anybody”.

Related Topics:NigeriansBuhariSultan of Sokoto
Up Next