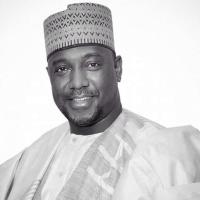 The Niger state Government is set to reduce the salaries of its workers by a minimum of 70%, an investigations by THISDAY in the office of the Head of Service has revealed.

The decision to cut the emoluments of workers, according to the investigation, followed the continued drop in the amount of money received by the state government from the Federation Account in the last couple of months.

According to the findings, government has had to borrow from commercial banks and other sources to augment what it received from Abuja and its internally generated revenue to be able to pay staff salaries, making capital projects to be abandoned.

The government claimed that the amount it received from the Federation Account for the month of April was a paltry N600m after all deductions while the IGR of the state was just N480m.

It was learnt that the decision to cut salaries of workers had been put before the joint negotiating council of the Nigeria Labour Congress, NLC, in the state.

Labour was said to have vehemently opposed the policy.

As a result, it was gathered that a meeting between officials of government and those of the Organized Labour was held in Minna on Friday with the NLC maintaining its ground.

It was gathered that the government team led by the Head of Service, Alhaji Mohammed Maude Lapai, presented other options before the meeting which it asked Labour to consider and take a stand on.

Among them was that if labour insisted that workers’ salaries should not be cut, they should be prepared for a drastic reduction in the workforce or that government should pay ministries monthly but on rotational basis or that all the senior staff from grade level 12 above would forfeit their pay for an unspecified period to enable government settle the pay of junior workers.

Another option put before Labour, according to a source at the meeting, was that for whatever amount the government got at the end of the month, 50% should be released to the NLC for the payment of workers’ salaries while the balance would be kept by government for execution of capital projects and other activities of the government.

‘Fulani Herdsmen Have Taken Over My home,’ Benue Governor Ortom Cries Out