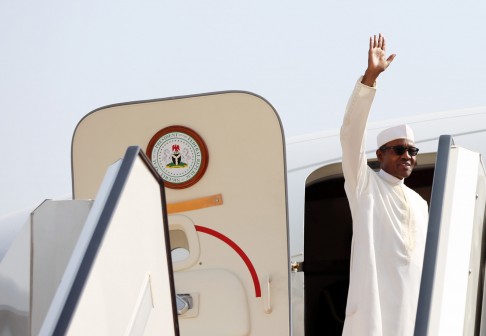 The Minister of Information and Culture, Alhaji Lai Mohammed, has said the emergence of Muhammadu Buhari as the President of Nigeria in 2015 saved the country’s economy from imminent collapse due to mismanagement and unbridled corruption.

The Minister made the remarks in Kano on Friday during a courtesy visit to Governor Abdullahi Umar Ganduje, shortly before the commencement of the Hausa language town hall meeting in the ancient city.

“For the fact that God loves this country, if any other political party had won the election, there would have been no economy to talk about. They wouldn’t have the courage or discipline to manage the economy,” he said.

Alhaji Mohammed said through prudent management of resources and the introduction of creative ideas to block leakages, the President is gradually reviving the economy, and assured Nigerians that there is indeed light at the end of the tunnel.

He therefore appealed to Nigerians to be patient as the change they voted for will be gradual, noting that the past one year has been spent in laying a solid foundation for the country. While describing the Kano town hall meeting as unique because the medium of communication is an indigenous language, the Minister said the idea of the town hall meetings is to communicate directly with the people and also feel their pulse on government policies and programmes.

“The idea of the town hall meeting came when we realized that our message was not getting down to the people. When we issue a press release or we have a press conference, it is so watered down, it’s sifted and everybody takes his story from his or her own angle. So we decided that it’s better we address the people directly,” he said.

The Minister said the representatives of all segments of the people are attending the town hall meetings and promised to continue to improve on the representation and the quality of content.

I Am Waiting For The Newspapers To Tell Me Whether I Should Change My Ministers Says Pres. MBuhari