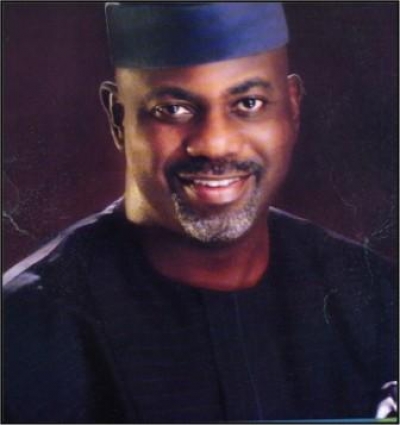 Operatives of Economic and Financial Crimes Commission, EFCC, on Wednesday, May 11, 2016 quizzed a former governor of Cross Rivers State, Senator Liyel Imoke, for his alleged involvement in the N500million collected by the Cross Rivers State’s chairman of the People’s Democratic Party, Mr. Ntufam John Okon.

The N500m was part of the $115m allegedly lodged in Fidelity Bank Plc, in controversial circumstances, during the 2015 electioneering campaign period by the immediate past Minister of Petroleum Resources, Mrs. Diezani Allison- Madueke.

Also, a former Deputy Governor of Edo State, Chief Lucky Imasuen, and a former Secretary to the State Government of Edo State, Pastor Osagie Ize Iyamu, have been interrogated by operatives of the EFCC for collecting the sum of N700million( Seven Hundred Million Naira) from the $115million fraud.

Iyamu, a People’s Democratic Party, PDP’s presidential campaign coordinator in the 2015 presidential election, admitted to have collected the money from the bank.

He told EFCC’s interrogators that he went to the bank on that fateful day with Imasuen and a former House of Representatives member representing Edo Central, Tony Azeigbemi (who is yet to be arrested by the EFCC) and the money was handed over to them by an official of the bank.

Both Imasuen and Iyamu signed for the collection of the money.

Investigations by the EFCC showed that the two politicians conveyed the money from the bank in a bullion van to the residence of a top politician in Edo State.

The Commission is on the trail of the politician for the recovery of the money.

Both Imasuen and Iyamu are still in the EFCC custody and will be charged to court soon.

Niger Delta Avengers Threaten Atiku, Danjuma, Lukman, Other Oil Bloc Owners To Shutdown Or Be Forced To Do So