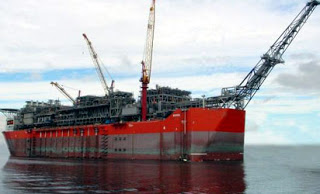 Ibe Kachikwu, minister of state for petroleum resources, says the federal government remains resolute to its commitment on exploration of oil and gas in the inland basins, especially Chad Basin and the Benue Trough.

In a statement issued by Garba Deen Muhammad, Kachikwu, who doubles as the group managing director of the Nigerian National Petroleum Corporation (NNPC), revealed that the corporation is diversifying its portfolio.

The statement said the NNPC through its Frontier Exploration Services and Renewable Energy Division (FESRED), had progressed reasonably with seismic acquisition activities in the Chad Basin frontier area.

The statement added that operations were suspended on November 24, 2014 due to insurgency, and that that eight of the planned 12 phase project which was expected to cover 3,550 sq.km, had been acquired at the time of suspension.

“A total of 1, 962 sq.km have been acquired and processed, interpretation is currently on-going at about 90 per cent completion, and drilling activities will commence by the last quarter of 2016,” the statement read in part.

NNPC further explained that the seismic activities were carried out with due regard to environmental protection in accordance with international standards and best practices.

According to the statement, the operation is being handled by the Integrated Data Services Limited (NNPC subsidiary) and BGP, a subsidiary of China National Petroleum Corporation.

Kachikwu said exploration in the Chad Basin was to increase the nation’s oil and gas reserves.

He stated that it would add value to the hydrocarbon potential of the Nigerian Inland Basin, provide investment opportunities, boost the economy as well as create millions of new jobs.

“The decision to diversify our business portfolio is about all of us and about the future of our dear country, the vision is clear, and we are determined not to fail,” Kachikwu said.

He urged the private sector and venture capitalists across the globe to partner with NNPC in planned Special Purpose Vehicles to profitably harness the enormous energy resources in Nigeria.

Nigeria Makes U-Turn After Months of Petrol Scarcity, Move To Pay For Subsidy