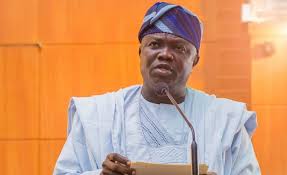 The Lagos State Government on Monday said that owners of landed property were the ones mandated by law to pay the Land Use Charge as and when due.

The state’s Commissioner for Finance, Dr Mustapha Akinkunmi, disclosed this during a news conference in Ikeja.

Akinwunmi said that since introduction of the charge, there had been controversy on who should pay the charge between landlords and the tenants.

“It is the landlords that are expected to pay the charge.

“They can have agreements with their tenants, but from the government’s perspective, it is the landlord that the law recognises in paying the Land Use Charge,” he said.

According to the commissioner, payment of the charge is a requirement of law, and property tax defaulters will not only have their property sealed, but are also liable to prosecution.

He said that the government had established a complaints centre manned by professionals to promptly address issues that might arise.

The commissioner said that payments were expected to be made within 30 calendar days from the date of bill delivery, with penalties accruing from the 45th day.

He said that residents were still entitled to the 15 per cent discounted rate if payment was made within 15 days of bill delivery.

Akinwunmi said that a variety of payment options for residents listed at the back of the bills had been put in place.

He appealed to residents not to make their payments through any official, saying it was illegal.

The commissioner said that the Land Use Charge was totally automated and payment should be made to the government through the right process.

Akinwunmi advised property owners to check for outstanding Land Use Charge, among others, before confirmation of property transactions to avoid inheriting liabilities of previous owners or tenants.

He encouraged residents who had also acquired new property and needed to change ownership to update their records at their local Land Use Charge offices.

Akinwunmi said that the contribution of the Land Use Charge to the state’s Internally Generated Revenue in 2014 was N7.14 billion while in 2015, it went down to N6 billion.