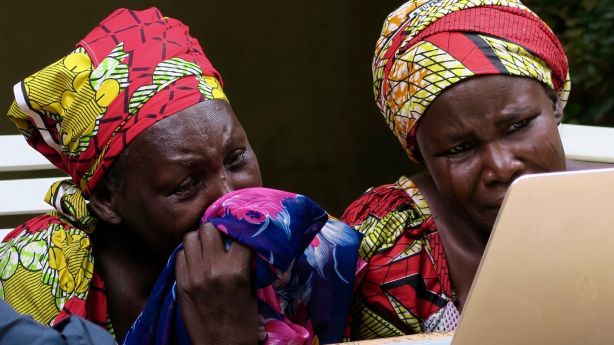 For a month after their kidnap by the Boko Haram sect, former President Goodluck Jonathan did not believe that 267 Chibok girls were abducted by the sect.

The BringBackOurGirls coalition attributed the failure to liberate the missing Chibok schoolgirls two years after their abduction, to the delay by the Jonathan government in rescuing them.

The BBOG spokesman, Tunji Olanrewaju, said the girls would have been rescued if the former administration had acted faster.

He said, “We believe strongly that the delay is a strong factor, no doubt about that and it was the reason why we came our very vocally against the government that they needed to do something, act faster and be more creative in how they go about it.

“Experts are of the opinion that in the case of abduction, if a rescue mission is not launched within the first 48 hours, the chances of successful rescue diminishes. Because of the doubt that permeated the government at that time, the right thing was not done and that is the reason we are where we are today.

“The first official response did not happen until after 18 days and then, the fact-finding committee was set up on the 19th day of the abduction, the implication was that the government was in doubt about the abduction and it was after the fact-finding committee submitted its report that we had an official response from the government that 219 school girls were abducted. That was how we came about the 219 girls; it was the Sabo committee that established that fact.”

Olanrewaju stated that though the international community established the location of the girls through the satellite, there was no concerted effort to rescue them.

Responding to the reports that the some of the girls might have been used as child bombers by Boko Haram, the BBOG spokesman observed that most of the suicide bombers were below the age of the schoolgirls, adding that the youngest of the missing girls would be about 17 years.

“Most of the girls quoted in the report are below 12, they are below the age of Chibok girls who are about 17 years and above. We know that most of the child bombers may not be Chibok girls but they are Nigerians and this made us sad,” he noted.

Comparing the handling of the girls rescue operation by the Jonathan and Buhari administrations, the BBOG activist said latter was more proactive, noting that though it under-estimated the enormity of the challenges on the ground.

According to him, Buhari was well aware of the issue of the missing girls before coming to power, stressing that his administration had recorded more gains in the war against the insurgents.

He said, “The sad fact is that the girls are not back, but we acknowledge that the response of the Buhari government as against that of Jonathan government has been more proactive and more hands-on.

“It was difficult for Jonathan government to even accept that the girls were missing, it took about 19 days for the government to react officially, it took almost one month after before the Sabo committee was asked to do a verification before the report was ready, it took a lot of time.

“Buhari’s government coming in knew there was a problem it had to solve and I know that it probably under-estimated the enormity of the challenge, which is obvious.”