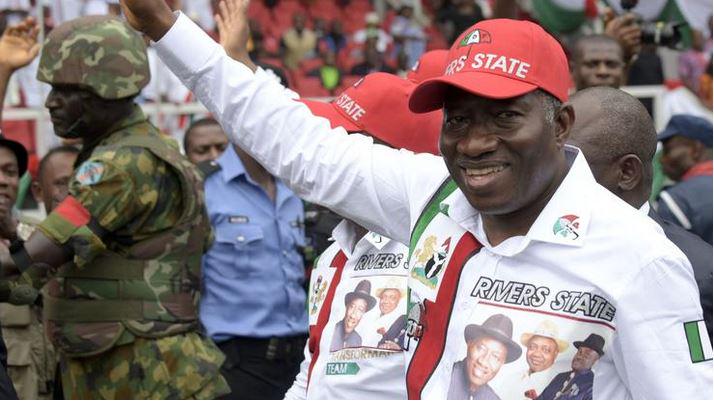 Dr Jonathan, who was represented by a former Minister of State for Works, Prince Dayo Adeyeye apologised for Jonathan’s inability to be present for the award.

Adeyeye said “he is unable to come and personally receive this award because as many of you may know, today is the burial of Dr Alamiyeseigha, the former governor of Baylesa State, who was at one time, his boss. Therefore, he sent his unreserved apology particularly to Uncle Sam and to the management of Vanguard newspapers.”

Speaking further, he said: “He has asked to me also congratulate his fellow recipients particularly President Muhammadu Buhari and other recipients. President Ebele Goodluck Jonathan is a man of history and I believe that whatever we are celebrating now, is not the final verdict, we will leave that to history because all these emotional things that we display, when a man is in office or after leaving office, are better judged by history. I believe Jonathan will be given a better verdict by history.

“He says I should tell everybody that he is not yet finished with his good works in Nigeria, he has left office but he is not tired and therefore, he said I should announce to this audience that very soon, he will be launching his foundation. That foundation will enable him render services, not only to the people of Nigeria but to humanity. His view concerning this award, to those who are his friends on Facebook, he has a message.”

Reading Jonathan’s Facebook message, he said “I thank the editorial board of Vanguard newspapers for honoring me as their Personality of the Year 2015. I believe that the people of Nigeria are more deserving of the honour than me. I am thus dedicating this award to my country men and women, may God bless Nigeria.”

National leader of the All Progressives Congress, APC, Aiswaju Bola Tinubu, represented by Mr Dele Alake expressed gratitude for the award bestowed on him but expressed optimism that there is light at the end of the tunnel.

10 Fulani Herdsmen Have Again Invaded The Farm of Olu Falae, Killing One