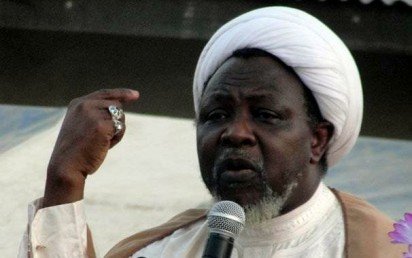 Medical doctors are currently battling to save the sight of? the detained leader of the Shi’ite sect, Ibrahim El-Zakzaky,? a human rights lawyer, Femi Falana, has said.

“As a result of the brutal attack, Sheikh Zakzaky lost his left eye while doctors are currently battling to save the right one,” said Mr. Falana, a senior advocate of Nigeria.

“To compound the physical pain and mental anguish that our clients were subjected to in the circumstance, the Nigeria Police Force and State Security Service have held them incommunicado for the past three and half months.”

The El-Zakzakys have been in detention since December last year, after a violent clash between members of the Shi’ite sect and the Nigerian army.
On December 12, armed soldiers clashed with members of the sect at Zaria, Kaduna, after the latter allegedly blocked the passage of the convoy of the Chief of Army Staff, Tukur Buratai.

The next day, the soldiers returned to unleash more violence on the sect members.

More than 300 members ?were believed to have been killed in the attack, which the army initially described as an attempt to assassinate Mr. Buratai, an army General.

11,595 Boko Haram Hostages Rescued By The Military In One Month

Boko Haram Sect Has A Close Link With The Islamic State of Iraq And The Levant, ISIL Says Buhari