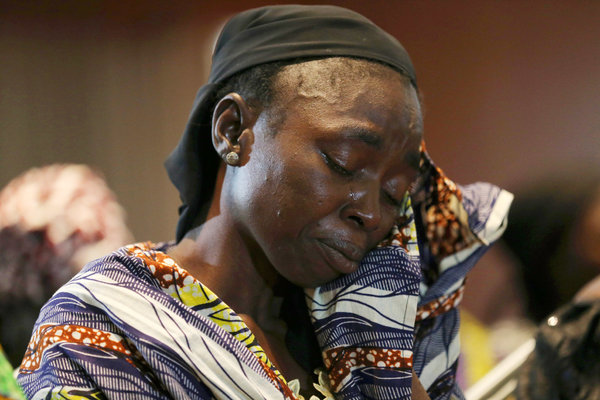 The Nigerian government is sending parents from the Chibok community of northeast Nigeria to neighbouring Cameroon to verify whether a suspected female suicide bomber is one of the schoolgirls abducted by Boko Haram nearly two years ago.Garba Shehu, spokesperson for Nigerian President Muhammadu Buhari, said the Nigerian High Commissioner in Cameroon, Hadiza Mustapha, has been in contact with Cameroonian authorities who have shown a willingness to assist the Nigerian government.

The abduction of about 270 school girls by Islamic militants from a school in Chibok on April 14, 2014, sparked international outrage and a campaign #bringbackourgirls. While about 50 of the girls managed to escape, 219 of these girls remain missing.

Military and local government sources on Friday reported that one of two girls arrested in northern Cameroon carrying explosives claimed to be one of the missing Chibok schoolgirls.

The girls were arrested after being stopped by local self-defence forces in Limani near the border with Nigeria that has been the target of frequent suicide bombings in recent months.

“We hope that the Chibok parents will be able to identify the girl and determine whether she is indeed one of their missing students,” Shehu told the Thomson Reuters Foundation in a telephone interview in Abuja on Saturday.

Shehu said the government was keen to ascertain the girl’s identity so she can be brought back to Nigeria and possibly assist the government in investigations regarding the fate and whereabouts of the other missing Chibok girls.

He said the two parents from Chibok selected to embark on the trip to Cameroon are Yakubu Nkeki, chairman of the Chibok Abducted Girls Movement, and Yana Galang, the group’s women leader, whose 16-year-old daughter Rifkatu is among the missing.

The trip is being arranged by the government in partnership with the Murtala Muhammed Foundation in Nigeria, a non-government organisation which has been supporting the parents association and has offered to partly sponsor the trip to avoid any delays.

“Nigerians Are Suffering” – Says Northern CAN To Buhari