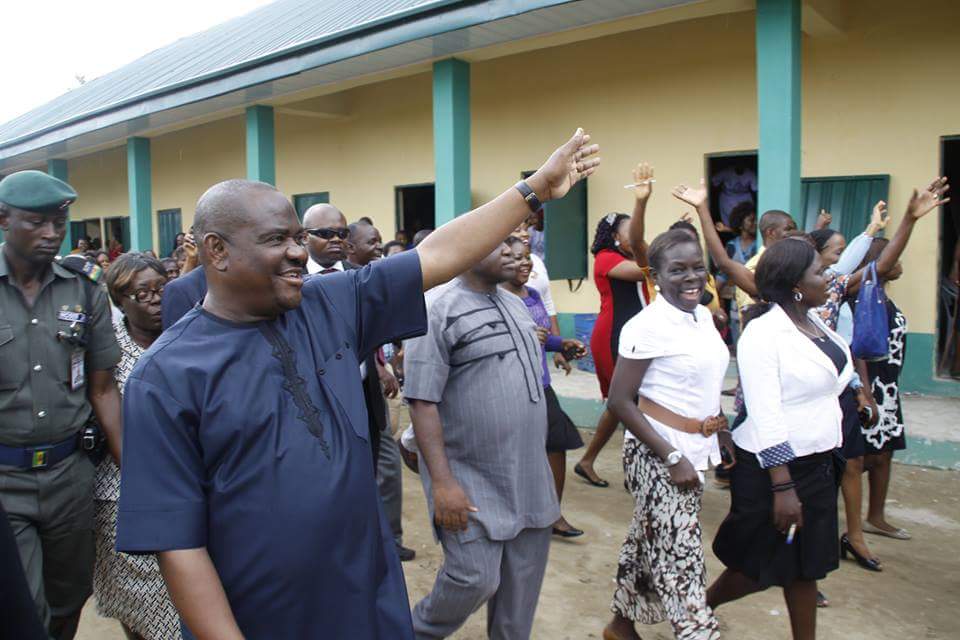 Gov. Nyesom Wike of Rivers said on Wednesday that the state government would immortalise Mr Samuel Okonta, the Corps member who died during the March 19 re-run legislative election in the state.

Wike disclosed this in Port Harcourt during a condolence visit to the state secretariat of the National Youth Service Corps.

The governor said the state government would provide assistance to the police to investigate the killing and identify those responsible. Wike announced an increment in the monthly allowance of Corps members serving outside Port Harcourt from N10,000 to N15,000.

He also said allowance of Corps members serving in Port Harcourt had been increased from N5,000 to N10,000.

The governor said it was sad that the Corps member died serving the nation, saying that the state government would take care of his family.

Wike said that the death was more painful because the Corps member was an orphan who suffered to graduate and was on the verge of being of help to his immediate family.

“The death of this Corps member is unfortunate and condemnable. I urge the Police to thoroughly investigate the crime.

“The outcome of the investigation should be made public so that those involved are prosecuted.

“The killing of this corps member must not be swept under the carpet,” he said.

The State Coordinator of the NYSC, Mrs Ngozi Nwatarali, commended the governor for commiserating with them at the moment of grief.

APC National Chairman, John Oyegun Steps In To Settle The Ongoing “Katakata” In Kano Between Kwankwaso And Ganduje