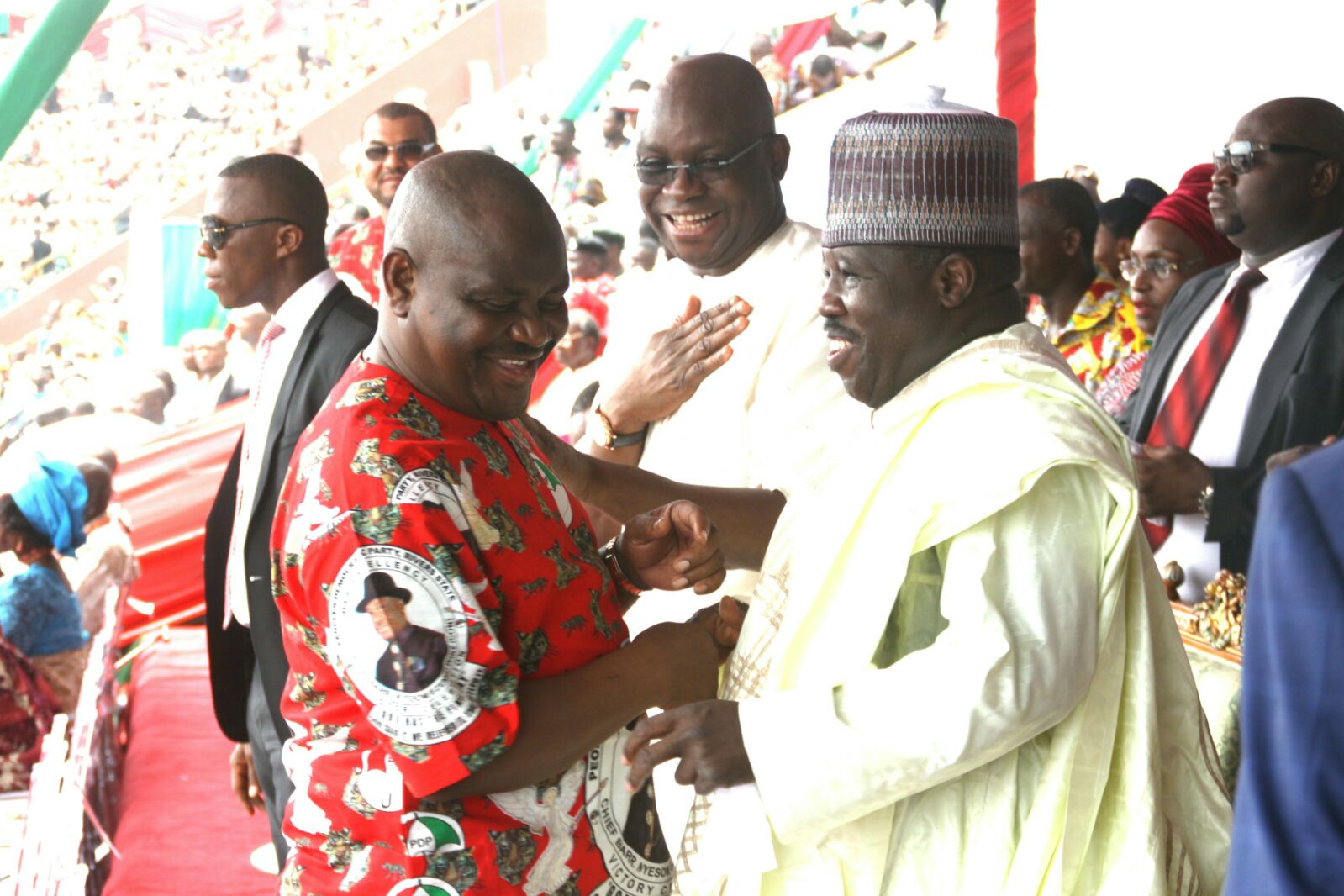 The All Progressives Congress (APC) in Rivers state has called on security agencies to arrest Nyesom Wike, governor of the state, over the widespread violence that marred Saturday’s legislative rerun election.

The party claimed that over 100 of its members had “to be sent to their early graves” in order for Wike to become governor.

It condemned the alleged assassination attempt on Dakuku Peterside, director-general of the Nigerian Maritime Administration and Safety Agency (NIMASA), Davis Ikanya, its chairman, and Asita Asita, deputy governorship candidate of the APC in the 2015 governorship election.

“Wike is being emboldened by the immunity he enjoys as governor but he does not enjoy immunity from interrogation for murder-related crimes. He should be held responsible for the assassination attempt… relevant security agencies should quickly arrest and interrogate him and bring the full weight of the law on all those involved in the dastardly act,” the party said in a statement signed by Chukwuemeka Eze, Ikanya’s spokesman.

“We have often cried out about Wike’s bloodthirstiness but, unfortunately, nothing was done to keep him in check. Before last weekend’s state and national assembly rerun election in the state, we had openly cried out following Wike’s open threats on the lives of President Muhammadu Buhari, chief of army staff, Lt.-Gen. Tukur Buratai, and minister of transportation, Rt. Hon. Chibuike Rotimi Amaechi. Those who thought we were shouting wolf where one does not exist now know better.

“On the day of the rerun election, 19th March, 2016 the strategy of Chief Wike dressing his gang of killers in police and military uniforms was duly exposed when his special assistant on special projects, Mr. Cyril Dum Wite, was caught with N40 million, arms, police and army uniforms in his car. We were not surprised because to install Wike as a governor, 100 APC members had to be sent to their early graves.

“Wike in only ten months in office is fast turning Rivers state into another Somalia.

“He is attempting to dwarf other evil and satanic regimes such as those of Mobutu Sese Seko, Emperor Jean Bedel Bokassa and Idi Amin Dada known for displaying optimum barbarism. Wike now hunts his opponents like a game, with many beheaded, clubbed to death or buried alive like chicken. All these have further exposed Wike as being grossly unfit to occupy the exalted office of governor. We hereby plead with the federal government to rescue us from Wike’s hands before he turns Rivers into a failed state.”