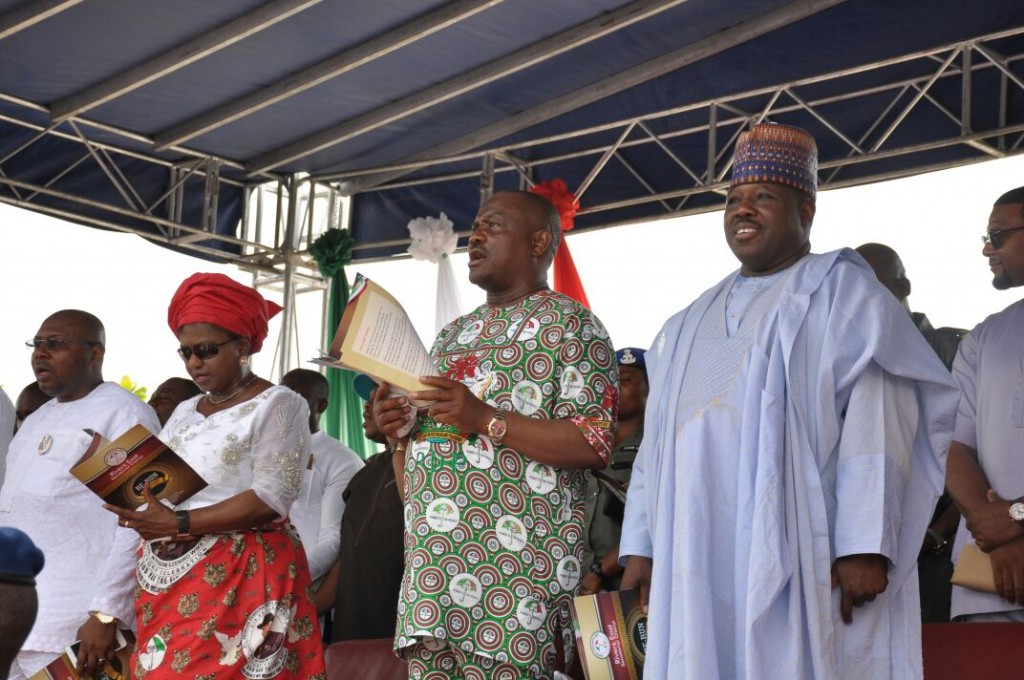 Speaking at a press conference in Port Harcourt, Wike said the Peoples Democratic Party (PDP) would win Saturday’s re-run legislative election because when elections were annulled in December, the party commenced preparations for fresh poll.

He said the election has shown clearly who is on ground and who is accepted by the people, saying INEC, federal might, military, police and other security agencies cannot not translate to electoral victories because the people will “always resist agents of rigging”.

Wike alleged that Peterside’s security details opened fire and killed one of the aides to Emeka Woke, his chief of staff.

He also accused the military of working against public interest, saying rather than tackling security challenges they were busy “intimidating and harassing Rivers people”.

“Now they have the federal might, army, Pplice, INEC and DSS, but we have the people.”

He also confirmed the arrest of Kenneth Kobani, secretary to the state government, and Cyril Wite, his senior special assistant, saying they were arrested by the army while they were ensuring that election materials were moved to polling units.

He alleged that some people were creating problems to make the federal government declare a state of emergency in the state, but said such ploy would not work, because the PDP was more popular in the state.

He urged the media not to avoid sentiments while reporting events in the state in order not to creat wrong impression.