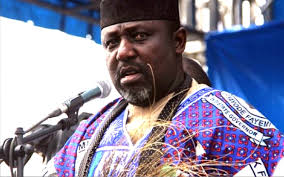 Although no reason was given for the suden removal of the SSG, which was announced over the state-owned radio station, the sack, sources say may not be unconnected with the battle for the 2019 governorship election.

The Nation reliably gathered that governor’s decision was not unconnected with the recent call by pensioners for the probe of the former SSG’s tenure as Chairman of Local Government Service Commission, where pension funds running into billions of naira were allegedly missing.

Okorocha was said to have made up his mind after Ejiogu subtly turned an event attended by the governor, the commissioning of the Owerri Mall, into a political rally to advance his political ambition.

Another reason that may also be responsible for the sack, according to a reliable source within the Government House, is the leakage of classified government documents and information from the Office of the Secretary to the State Government.

The source, which pleaded anonymity, added that, “the governor became worried over the way the SSG was carrying on with his ambition, which was beginning to affect his performance and derailing the government. So, his sack may come as a surprise to the public, especially after he was seen with the governor in an event a day before. But within the government circle, it was not a surprise.”

However, efforts to get the sacked SSG to comment on the matter proved abortive, as he did not pick his phone.