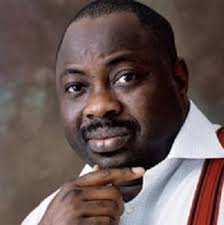 “Let the little children come to me and do not hinder them,
For to such belongs the kingdom of heaven…”

“Your wealth and your children are only a trial,
whereas God, with Him is a great reward (Paradise).”

Fellow Nigerians, the holy books are replete with anecdotes of the importance of little ones. The Prophets actually frown at anyone trampling on the rights of children. They are considered innocent as they did not come to the world of their free volition. This is why children are treated as delicately as eggs. They can do no wrong and cannot be punished like we do to adults. Even in war situations, everything is usually done to protect them. Every May 27 is dedicated by nations the world over as a public holiday to celebrate children.

Nigerian children are exceptionally brilliant and gifted. They are also very ambitious and adventurous. They excel in every field of human endeavour. Anywhere you go, you must find one or more Nigerians at the top. The secret is simple and straightforward. Our craving for knowledge is unassailable. Education is thus the master-key that unlocks the door of prosperity. That is why our parents say the best inheritance that a child can be given is education. I certainly grew up with that aphorism and I also saw the practical side with my mother sacrificing all pleasures to pay for my education at one of the best secondary and tertiary institutions of the time.

Nigerians have been travelling abroad for studies as far back as the 19th century. An Egba man from Abeokuta was recorded to have travelled to England where he graduated and qualified as a Medical Doctor in London. On November 17, 1879, Christopher Alexander Sapara Williams was called to the English Bar. Same with Herbert Macaulay. They both returned home to become influential in Nigerian politics. Since then too many Nigerians have travelled by sea and air in search of the proverbial Golden Fleece. Even long after the University of Ibadan, Nigeria’s premier institution of higher learning, was established in 1948, it was still the dream of many young Nigerians to travel abroad. And the various Governments of the day supported their ambitions by granting many scholarships to allow them to fulfil their dreams and return to contribute their quota to national development.

The reason and purpose of my sermon today is predicated on one major controversy, the debate over whether to cancel the concessionary allocation of foreign exchange at official rates to Nigerian students abroad. As a matter of fact the speech and body language of President Muhammadu Buhari has shown unequivocally that he does not consider those schooling outside Nigeria the priority of his government. I beg to disagree Sir. We should stretch the argument and logic by all means. When asked why he sent his own kids abroad, our people’s General retorted that he could afford it. But I wish to say categorically that education should never be the exclusive preserve of those who can afford it. Poor people have sacrificed to send their children to the best schools and being assisted by Government to do so is not a bad idea. Why does this administration not want to be different by demonstrating its vision of transforming Nigeria through quality education? Indeed, the debate negates President Buhari’s much-appreciated and advertised credentials as a friend of the poor.

Education is the ultimate leveller. The best schools in the world are not likely to admit anyone based on your bank statement. The students still have to undergo very intensive and rigorous examination, interview and general screening exercise. I cannot over-emphasise that it is the dream of every reasonable and loving parent to send their children to the best schools all over the world whether they can afford it or not. It ought to be the dream of every responsible government to help its youths attend Ivy League schools and donate them to the academic world. Wole Soyinka, Chinua Achebe, Buchi Emecheta, Ben Okri, Chimamanda Adichie and others would probably have remained local champions if their talents had been limited and restricted to Nigeria. I’m not sure they were all born with silver-spoon.

It is wrong to say those who cannot afford school fees should return home. What it means is that the children of the rich and those of privileged government operatives would be the only ones remaining to attend great institutions. No government should encourage such disparity. I quite understand the frustrations of this government and sincerely sympathise with our President but no investment is bigger and better than encouraging our children to rule their world by exposing them to global experience. Those encouraging the President to take anti-people decisions are doing him no good. This government can step on powerful toes but it should not invite the wrath of the younger generation who are not the cause of our backwardness.

Are we saying students who are already in schools all over the world should return home because they campaigned and supported APC in their collective wisdom or stupidity? When some of them went out of their ways to vote for change I’m sure it was not to make their situation worse but they would have expected some marked improvements in their lives. It is not their fault that our economy has taken a cataclysmic fall. We should not punish them for the recklessness and rascality of the elders. No matter how bad the condition of our nation is today, the kids should remain under our firm protection. They should not be made to regret their support for the change movement.

Some may argue that Nigeria cannot afford this and that harsh decisions have to be taken in the face of our really despondent situation. However, education should not be on the blacklist of banned items because brains are not commensurate to goods. Nigeria alone has not been able to provide jobs for our army of unemployed. Most of them are naturally unemployable within and outside for various reasons. Nigerian universities are not highly rated and the certificates are not well regarded. The few jobs available at home are thus reserved for those who have been to good schools while many of those who studied abroad often get employed in a jiffy by blue chip companies. Why do we want to deprive our kids such opportunities when we have nothing good to offer them right away?

Our foreign exchange basket is leaking not because of school fees but largely because of the profligacy of various governments of the past, including the present, and the terrible lack of fiscal discipline. For many decades, a country that is supposed to be secular has spent its resources on sending pilgrims to Mecca and Jerusalem. There is no doubt that religious obligations are important but education cannot be treated less so. Indeed, if there is a choice between government support of religious pilgrimages and education, I am sure even the sensible pilgrims will choose education.

It is important to guide our kids and encourage them to work and study hard if they wish to enjoy government loans, subventions and scholarships. This can be activated simultaneously with the rehabilitation of our campus infrastructure and the reactivation of our school curricula to meet international standards. We cannot cancel something for nothing but should replace nothing with something. That should be our goal. Nigeria desperately needs its best brains to germinate and blossom all over the world. Nothing should be done to discourage and frustrate them. We should make the necessary sacrifices for them and not the other way round. Nigeria would be greater and thankful for it sooner rather than later.

Even when we have something in the form of good educational institutions, we must not be parochial, insular or myopic especially when the world has become a global village. It will take a long time before we can come anywhere near our desired destination of good schools for our children. If we eventually breed a decent crop of teachers, where are the physical and material resources that will complement them and provide sound thorough education the kind of which we received many years ago? In those halcyon times, no Government ever toyed with the idea of effectively outlawing foreign education for the middle and lower class or even the wealthy upper class! Every Nigerian, rich or poor, has a right to education wherever they choose, based on the suffering they are prepared to endure and Government must assist and not scupper this choice.

As if to buttress my views, I met a young Nigerian two days ago who rekindled my hope in the unlimited possibilities available to some of our youths. The story of Ayodele Daniel Dada of the University of Lagos has been a celebrated one in the media both traditional and social. We were requested and challenged by many youths to find and promote the academic exploits of this prodigiously gifted genius who had a 5.0 grade point average in Psychology. The Ovation Media Group took up the challenge and we assigned The Boss newspaper, our online publication, to locate and invite Ayodele over. It was a most difficult task which yielded fruits after a few days of camping around University of Lagos, Akoka.

I was surprised when Ayodele walked into our offices. The first thing that struck us was his mild manner. He was simple, modest and humble. We asked him a couple of questions and he came across as someone who truly knows his onions. We asked about his future plans and he revealed his dream of travelling out to the United States of America to study at Yale and hopefully meet his academic idol, Professor Robert Sternberg. I asked if he has any scholarship yet and he said No.

Life is indeed very strange just as God is very merciful. Ayodele arrived at a time a good friend of ours, who wishes to remain anonymous, was also visiting. Our friend listened to Ayodele’s trajectory with rapt attention and immediately got hooked. The good news is that our wonderful friend has offered to help Ayodele realise his dream of attending Yale. The offer came when I asked how he would feel if the foreign exchange debacle renders his plans useless and he said he would be totally disappointed and heartbroken. I’m sure there are many Ayodeles carrying their dreams around the way Jesus carried His cross in Calvary. No one should be subjected to such pain and anguish at this time and age for God’s sake.

According to a Yoruba adage: “if the Gods cannot make our lives better, then they should please leave us the way they met us.“
True, President Buhari should do nothing to aggravate the agony of his core supporters, the Nigerian youths. They are already suffering enough under the weight of the economic crunch. This is my kobo advice Sir.

Reuben Abati: In This Same Country