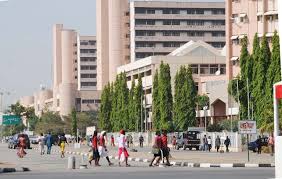 President Muhammadu Buhari Thursday, made good his threat to deal ruthlessly with top civil servants who altered figures in the 2016 budget thereby making nonsense of his zero budget plan.

Recall that while in Saudi Arabia last month, President Buhari had threatened to punish all those who were involved in the padding of the budget. Apart from removing the director of budget, he also merged the budget office with the planning ministry.

No fewer than 184 top budget officials were flushed out of budget duties and sent to establishments that have little or nothing to do with budget, as a punishment for their roles in padding this year’s fiscal document, now before the National Assembly.

A top official in the Budget office confirmed that 22 top officers from the Budget Office of the Federation were affected in the mass deployment.

The rest were moved away from budget-related duties in other Ministries, Departments and Agencies, MDAs. Vanguard learnt that out of the 22 top officials indicted in the budget office, four were directors on Level 17, six were deputy directors while 12 were Assistant directors.

As the affected officials were moved from their posts in the Budget Office, 14 other directors said to have been ‘tested’ have been redeployed to the same office with immediate effect.

The order to remove the tainted officials from their previous posts to other duties, was conveyed to the affected offices by the Office of the Head of Service of the Federation.