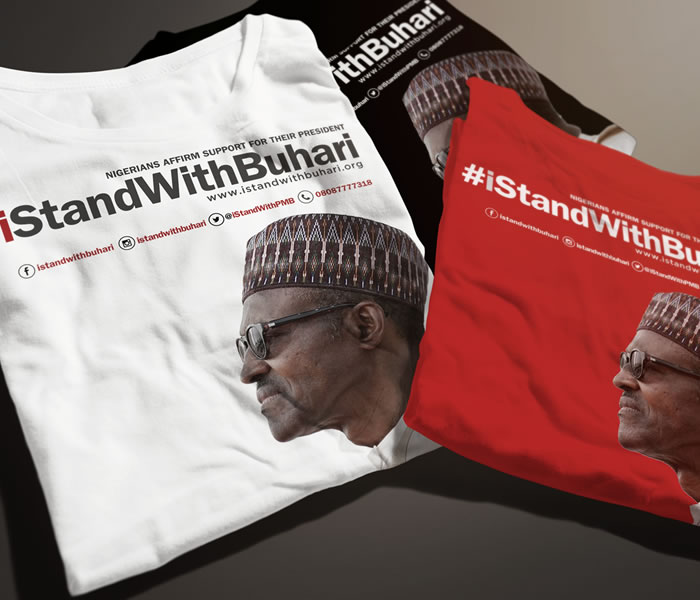 The Director-General of the #iStandWithBuhari campaign, Engr. Chinedu Okpalanma, has responded to Kayode Ogundamisi, the journalist and political commentator who accused him of being a fraud because of his past role as co-founder of the #BringBackGoodluck2015 initiative. He said he was dismayed by Ogundamisi’s “vicious campaign” against his character and person just so he could pull down a “nationalistic movement to which I and millions of well-meaning Nigerians have freely subscribed to via the affirmative statement #istandwithbuhari.”

Okpalanma has also resigned as the DG of the campaign, saying that he took the step to show that the initiative is sincere and not about him. He said that following the backlash which greeted the news that he was the DG of the organisation, he felt the need to resign so that the group can achieve its lofty ideals without being bogged by distractions about his personality.

Admitting that he was one of the founders of the group, he said he was not alone as the campaign is a “collection of young Nigerians from all works of life and different religious beliefs & political inclinations who came together with one ideal in mind: that it is time for us as individuals to see ourselves as Nigeria and seize this golden opportunity towards ensuring that Project Nigeria does not fail.”

“From the time Goodluck Jonathan won the 2011 election, I was one of his biggest critics. I was vocal and marched on the streets during the #OccupyNigeria protests, I wrote open letters to the Presidency in anger at some of the names his government found worthy of national merit awards, I also wrote on various public platforms on my disappointment at the then President’s seeming inability to act even when it seemed there was overwhelming evidence of impunity against his cabinet members. In all of this though, I remained steadfast in the belief that things would change,” he said.

However, Okpalanma stated that as the 2015 elections approached, he began to be convinced that the Jonathan administration was “more under siege for political reasons and that sabotage was a scheme being used to oust him by any means necessary. Coupled with the revolution I was witnessing in the agricultural sector & seeming revival of our railway system, I felt he was my best candidate to continue and thus I put in my whole support for his candidacy without coercion.”

He however insisted that he never met the former president in person, was not sponsored by the presidency as he went about expending resources in trying to sensitize Nigerians to vote for Jonathan, and was never given a penny or contract by former ministers, agencies of government, friends of the President or even the embattled NSA Sambo Dasuki.

Okpalanma insisted in his statement that he withdrew support for Goodluck Jonathan along with his group long before the 2015 elections. “My reasons then were simple. By November 2014, I was no longer comfortable with the information filtering out on how huge monies were moved from person to person in government circles… I concluded then that Nigeria was being sold off to the highest bidder without our knowledge, and I believed that even if Goodluck Jonathan won the elections, there were facts to suggest this same people around him fingered in various illicit transactions would continue in office with him, as it seemed he was incapable of acting to change things,” he said.

As a result, Okpalanma said by December 2014, he started a process of moving his support with that of 1.9 million Nigerians who had signed up to his campaign, to supporting the candidacy of President Muhammadu Buhari. He said there are people currently in government who can attest to the fact that he stood with Buhari even before the elections.

He took exception with the attempts by some people to make it seem as though only those who supported President Buhari before can participate in any cause to support his policies now. “Are these advocates now saying that President Muhammadu Buhari & his political party should not work with other well-meaning Nigerians who believe in this administration and are ready to sacrifice all to ensure things change for our collective good?” he said.

Speaking on why he supported Buhari, Okpalanma said his turning point was #DasukiGate. He lamented that such huge amount of money could have been diverted by one individual under our noses, and even though he thought at first that it was a witchhunt, he now believes it is true due to the confessions by those who received cash. Furthermore, he said he understood that the fight against corruption needed to be more people oriented than government oriented when he saw some Nigerians defending #DasukiGate. “That was when I made up my mind to sign up with #istandwithbuhari,” he said.

Okpalanma said it will be criminal to leave the task ahead to Buhari alone. “As at this moment, everything I am seeing shows me that President Muhammadu Buhari is not sleeping on the job, but doing everything within legal means to ensure Nigeria lives. To rejig a system that has completely decayed and failed needs courage, prayers and support. I am doing my bit by supporting #istandwithbuhari, not trying to bring it down. If my stand is giving certain individuals or group of individuals sleepless nights, then may they remain awake for eternity,” he said.

He insisted that the #istandwithbuhari group has no endorsement from President Buhari and has not sought any sort of financial support from the President or by extension his government. “I have never vied for any political position in my life (and have no intentions of doing same), nor have I ever submitted my CV for consideration for political appointment to any government, thus my involvement with #istandwithbuhari is not for political favours. I am in this because I believe in this, period,” he said.

The SSS Is Investigating Ekiti Lawmakers’ Academic Qualifications – According To Reps