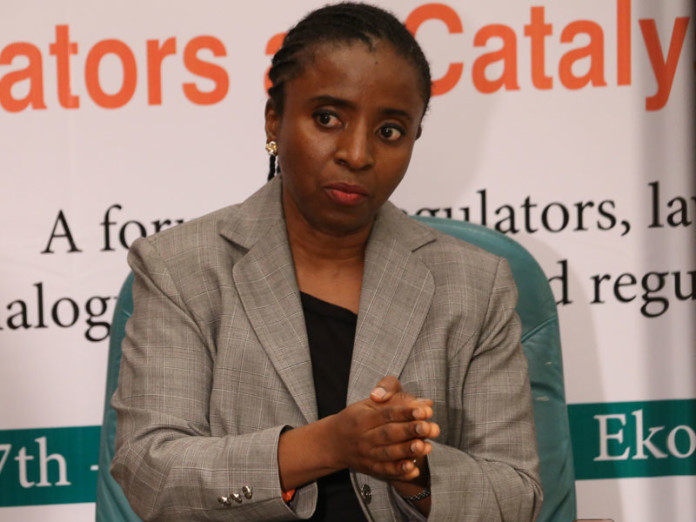 The Kaduna state government has appointed the former Chairperson of the Federal Inland Revenue Service (FIRS), Mrs Ifueko Omogui Okauru as a consultant to the state’s Internal Revenue Service.

The appointment witch was announced in a statement by the spokesman to Governor Nasir El-Rufai on Media and Publicity, Mr. Samuel Aruwan came following the passage of the Tax Codification Law signed into law last week by the governor.

According the statement, the appointment of Okauru was one of the steps towards improving internal revenue generation and collection in the state.

The statement explained that the management of the Kaduna State Internal Revenue Service (KADIRS) will pursue a programme of active engagements with broad segments of the private sector, local governments and individuals resident in the state towards successful revenue collection.

“The revenue agency is also accelerating measures to improve and strengthen its capacity to discharge the enormous mandate it has assumed.

“To properly set up the KADIRS for the expected levels of performance, the government has approved the appointment of Ifueko Omogui Okauru as consultants to the agency. The consultants will deliver a strategic model and a people framework for KADIRS.

Okauru had early chaired a committee constituted last year by the governor to review the tax revenue arrangements in the state.

The report of that committee, according to the statement, informed the decision of the state government to enact a new tax law and to restructure the KADIRS.

“The consultants are expected to design, produce and implant a service-oriented corporate and field operations structure, assign job descriptions, define competencies and a new remuneration structure for staff of the agency” the statement added.