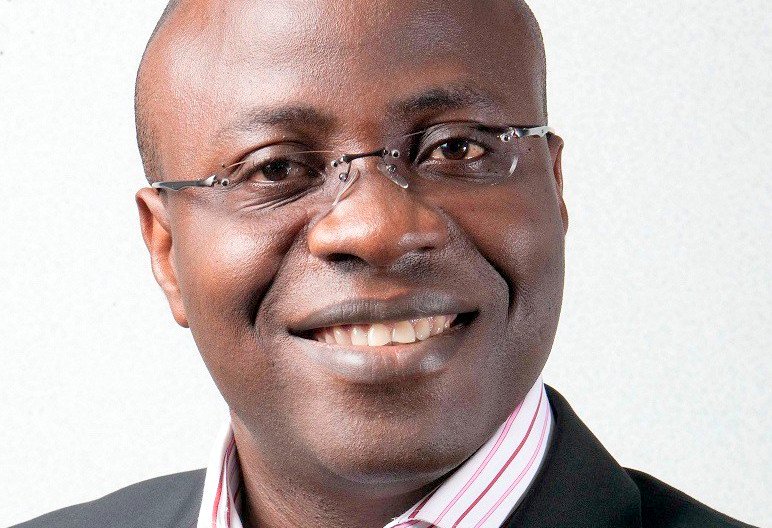 Dutch Disease. Resource Curse. Paradox of Plenty. Three good turns of phrases signifying an unflattering concept that could have been developed with just Nigeria in mind. They describe the counter-intuitive but evidence-based position that countries rich in natural resources mostly tend to perform worse on major development indicators, be more susceptible to painful, widely felt economic busts and narrowly distributed booms, and be more prone to poverty, inequality, corruption and conflicts than countries not rich in natural resources. So instead of enabling prosperity, natural resources end up promoting poverty; and instead of being a blessing, plenty paradoxically becomes a burden. If we ever need an evidence for this postulation, Nigeria of the moment will more than serve. Yet it doesn’t have to be like this.

Though the concept of resource curse is not limited to oil, Juan Pablo Perez Alfonzo memorably labelled oil, which accounts for more than four-fifth of our export earnings, the “Devil’s Excrement.” The Venezuelan politician who served as his country’s petroleum minister and was reputed to be one of the driving forces behind the formation of the Organisation of the Petroleum Exporting Countries (OPEC), once prophesied about his country: “ten years from now, twenty years from now, you will see: oil will bring us ruin. Oil is the devil’s excrement.” Present-day Venezuela shows his dark prophecy has come to pass. But this is not just about Venezuela. This rings true for most of the other resource-rich countries.

At this stage, it is important to state that there is nothing cursed about oil or other natural resources. At least the few positive outliers like Norway and United Arab Emirates clearly show that another path is possible. It is also worth underlining that the real wealth of nations are the people, not resources buried under the ground. What the boon of natural resources can do is to provide the money needed for investment in the people, for the development of other sectors of the economy and streams of income, and in the infrastructure that will make life easier for the citizens and, most importantly, improve their creativity, productive and competitive capacities.

But countries rich in natural resources rarely take advantage of such windfalls to put their economies and societies firmly on the path of sustainable human development. In actual fact, the resources end up under-developing resource-rich countries. This is not because there is an ancient curse hanging on natural resources. Far from it. Where the problem lies is that the nature, the economics and the politics of natural resources expose resource-rich countries to certain risks and predispose the leaders of such countries to certain kinds of choices that turn what ordinarily should have been a blessing to a veritable curse.

The transition from blessings to burdens happens in different ways. The first way is what is called the Dutch Disease, a term coined by The Economist in 1977 to capture what happened to the Netherlands after discovery of North Sea gas in 1959. This disease describes how sudden and massive inflows of foreign exchange from a natural resource drive up the value of the currency of the recipient country, which makes other sectors like agriculture and manufacturing non-competitive (with exports becoming more expensive and imports becoming cheaper). This in turn leads to the neglect of these labour intensive sectors, the domination of the economy by the natural resource, and the unhealthy dependence of the country on earnings from the natural resource. And this in turn leaves the country badly exposed when the international price of that natural resource goes south, as it always does.

Another way is that natural resources create an enclave economy and inevitably the concentration of wealth in a few hands. This leads to wide disparity in incomes, which makes such societies good candidates for conflicts. Also, because of direct transfer of rents from the extractive companies to the governments and the opaque nature of such dealings, wealth from natural resources is easily open to capture. These rents ultimately create a rentier state, prone to intense contestation for power, massive investments in regime stability, orgy of unsustainable expenditures in moments of boom, and weak levers of accountability. Resource-dependent states have little or no incentives to tax their citizens and the citizens in return have little incentives to hold their governments to account.

As stated earlier, natural resources are not intrinsically cursed. It is what sudden wealth from them predisposes countries to and the way opacity, corruption, conflicts, bad governance, the risk of over-dependence on a volatile source of revenue, and lack of accountability come together in the management of natural resources that turn them to potential and real curses. The good news is that we can unpack this phenomenon, address what turns natural resources to curses and ensure that natural endowments boost development. Natural resources can be a force for good, not necessarily for ill.

The Extractive Industries Transparency Initiative (EITI) was specifically designed to reverse resource curse through an abiding faith in the old saw: sunshine is the best disinfectant. A coalition of governments, companies and civil society groups, EITI hopes to turn natural resources to enablers of growth by shinning lights into historically dark places. Formed in 2003, EITI seeks transparency in the payments and receipts of revenues from the oil, gas and mining sectors and promotes accountability in the management of revenues from these sectors. Countries that sign on to EITI, about 50 now, conduct annual audits about what extractive companies pay to government and what governments receive from them.

Nigeria joined this global movement for extractive sector transparency and accountability in 2004. That was when President Olusegun Obasanjo constituted the National Stakeholders Working Group of the Nigeria Extractive Industries Transparency Initiative (NEITI), led by Mrs. Oby Ezekwesili, then as head of the Due Process Office and later as the Minister of Solid Minerals. The first NSWG commissioned an audacious revenue, process and physical audit of the petroleum sector for the period between 1999 and 2004. EITI implementing countries need to do only revenue audits. But Nigeria raised the bar, implementing what some at that time called EITI++, becoming a gold standard in the EITI movement, a great feat for a country with the transparency reputation of Nigeria. NEITI also conducted studies into a 1986 MOU between Nigeria and its JV partners, which led to the recovery of about $1 billion that would have been unpaid.

NEITI became a full government agency in 2007, following the passage and signing of the NEITI Act. A lot has been done by NEITI since then, including studies and audits about the solid minerals sector. There is definitely room for much more to be done. But will audits and studies automatically translate to the reversal of resource curse in Nigeria? Not necessarily. It is, however, a great starting point that a strategic sector renowned for opaqueness and legendary sleaze is being opened up. The information generated by NEITI can empower citizens and civic groups not only to know how their common wealth is being administered but also to ask informed questions, contribute more meaningfully to public debates, shape public policies, and demand accountability.

Beyond the ritual of annual audits and occasional studies, the extractive transparency and accountability project can potentially increase the voice and agency of citizens in the management of common resources and deepen not just the policy-making process but also democratic practice in the country. For these to happen, however, information from the audits/studies need to be presented in accessible and useful formats and citizens must actively play their parts. It must also be stated that the quest for transparency and accountability in the extractive sector must be nestled in larger reforms of the sector and of governance/decision-making processes, practices and systems in general. Resource curse is not destiny. It is reversible. But it will take some work.

My first coming as a columnist was in 1999, when Mr. Nduka Obaigbena, the visionary and pace-setting publisher of THISDAY, decided to have regular columnists on the back-page of this newspaper and accorded me the honour of being one of those to pioneer an experiment that has now become standard practice in the print media industry in Nigeria. Then, I was this earnest kid straight out of graduate school, railing at everything and everyone. I was called an “angry young man” by not a few of those at the receiving end of my acerbic interventions. As a response, I put together a collection of my writings around 2001 and titled it “The Anatomy of Anger,” after an article on why my generation was the angry because we felt Nigeria could do better. The book was almost set for publication when I decided that it would be less vain to write an original book than publish a collection of articles.
I left THISDAY in 2003 and didn’t return to writing a column until 2014. I thank Mr. Obaigbena for graciously granting me the right of return. In my second coming, age, further education, and experience had shifted my focus from anger to how to solve problems. While I privately agonised over the loss of the pathos and poetry of my first coming, I fully embraced the opportunity to write about topics that I wouldn’t have been confident enough to touch a decade earlier, the opportunity to weigh in on important issues of the day, and the opportunity to challenge cant, proffer alternative political, governance and policy paths, and stimulate necessary debates. Those are uncommon opportunities that no one should let slip. But I am resting this column today because of my appointment to work in NEITI.
I thank all those who took the time to read my articles, including those who always disagree with me. For me, returning to NEITI is a logical extension of the search for the good society and of my obligations to my society as a citizen and a journalist. This is not a job for one person or a group of people. NEITI needs you to succeed in the overall interest of our country. Thank you all. See you around.

Related Topics:corruptionNEITICrude Oil
Up Next

Pius Adesanmi: The Africa Just Outside of Your Hilton Hotel Window