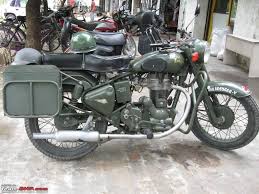 On arriving Damboa town, Buratai said: “This road is going to be entrusted into the hands of the Brigade Commander. I don’t want to hear of any case of attacks on innocent civilians or motorists. Our troops must be alert 24 hours to ensure that the road is kept open”.

Also in Damboa, Buratai launched the Motorbike Battalion of the Nigerian Army.

He noted that the combat motorbikes have added firepower, speed and communication gadgets.

“We are also going to release the second batch of the Boko Haram wanted list. Those that are wanted on our list, the pictures of suspects are there and we are going to launch them’’, he said.

“The choice of Damboa was not by accident; it was deliberate. Knowing the centrality of Damboa in this operation, the vigilantes (Civilian JTF) here would play very important role in identifying the terrorists. So, we call on the general public to look at these posters carefully and identify anyone they can see and report accordingly’’, he said.

In Nine Months, Governor El-rufai Claims To Have Created 125,000 Jobs In Kaduna