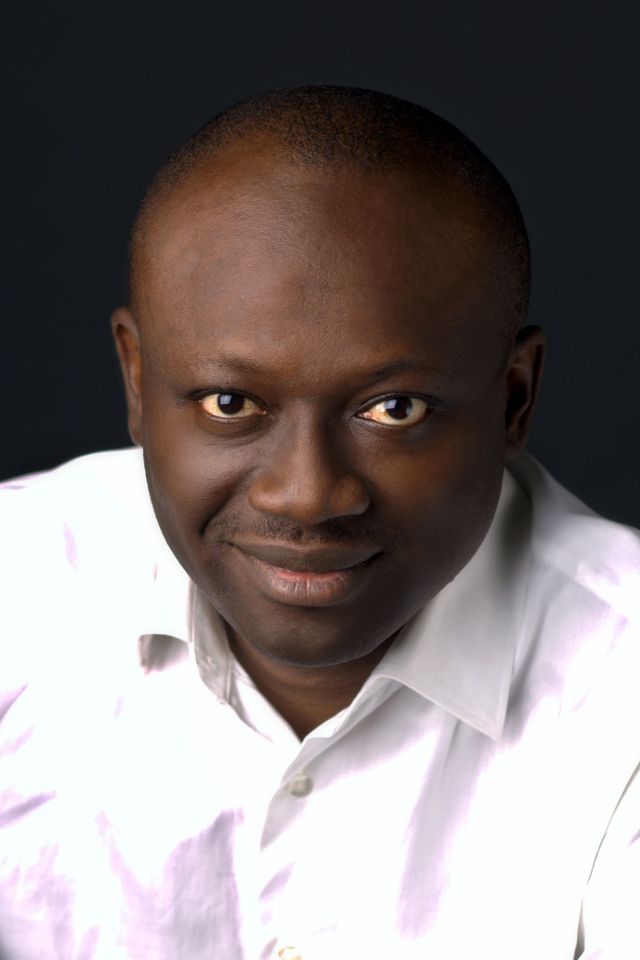 I love mathematics — it’s the calculations I can’t stand. Check this out: evaluate (1/2 – 1/4 – 1/8 – 1/16 + …) – 1. Goodness me, what’s that about? But, at least, mathematics is precision science. One plus one will always be equal to two. Economics, however, is not precision science. It is social science. And in social science, you can’t always achieve precision in analysing behaviour. Humans can react to the same stimulus differently. Thus, economists say “on the one hand” and “on the other hand”, taking into account the variables. They say “all things being equal” for a reason. An economic policy can work in Kano and fail in Katsina. But mathematics works everywhere.

Curiously, many economists and commentators seem to be casting Nigeria’s economic crisis as a mathematical problem. Their attitude is: you either use my formula to solve the problem or you will perish in hell. Anyone who disagrees with them is an “economic illiterate” or “naira killer”. I would rather think that whatever step we take today is an experiment: we still cannot say for sure what the end result would be. Some policies work in the short run and damage the economy in the long run. Some bring untold hardship in the short run and prosperity in the long run. Various countries have experimented with same policies and experienced different results.

Public debate in Nigeria is never civilised. To disagree on policy issues is a universal phenomenon, but the name-calling in Nigeria is simply amazing. Personal opinions are presented as canon and alternative views treated as blasphemy. Yet opinions must differ. When the Asian financial crisis broke out in 1997, the affected countries chose different paths to recovery. Thailand, South Korea and Indonesia adopted an IMF-inspired structural adjustment programme (SAP) and slowly recovered. Mahathir Mohammad, then prime minister of Malaysia, rejected IMF’s prescriptions, including devaluation — yet the economy also slowly recovered.

Those who opposed Mohammad’s obstinacy would later agree that whatever he was smoking was of high quality. Malaysia’s case was quite interesting. As the crisis threatened to topple the economy, Mohammad refused all entreaties to float or devalue the ringgit, which was then an international currency. Within weeks, it had lost 50 per cent of its value following speculative attacks, exchanging at 4.57 to $1 — up from 2.50. The stock market went into a meltdown. Rating agencies described Malaysian stock as “junk”.  But Mohammad remained stubborn. He arbitrarily fixed the exchange rate at 3.80 to the dollar and stopped the ringgit from being traded abroad.

Mohammad imposed tough capital controls, making it impossible for foreign portfolio funds to move out of Malaysia until after at least a year of investment. Initially, the economy contracted. Things went haywire. Foreign investors shunned Malaysia. Mohammad became a laughing stock. But he was flexible and kept tinkering. Things began to settle. Currency speculators lost out. Forex outflows dropped significantly. The overcrowded, troubled banking sector was consolidated. He then relaxed, and later removed capital controls as exports rose and the country’s current account deficit moved to surplus. Within three years, the economy picked up.

It, therefore, baffles me when people think there is only one way to tackle a crisis and that their way is the only way. Of course, President Muhammadu Buhari is not Mahathir Mohammad and Nigeria is not Malaysia. Malaysia was an industrialised country before the crisis, unlike Nigeria. And we should remember Malaysia already had sound economic, infrastructural and institutional backbone. It was like an injured player returning to the game, not a rookie like Nigeria being plucked straight from the academy. Parallels are, therefore, not to be overly drawn. On the one hand and on the other hand, the variables are different, all things being equal.

Nigeria, a one-track economy, is facing its own potentially defining crisis. The naira is on a spiral. Clearly, the immediate cause is that oil price has fallen, leading to a massive reduction in forex inflow, leading to scarcity of forex, leading to rationing of forex, leading to a freefall of the naira in the open market. It is obviously not Buhari’s fault. If oil price fell to $30 under President Goodluck Jonathan, we would experience similar challenges. Also, if oil price rises to $120 under Buhari — as we witnessed under Jonathan — there would be enough petrodollars to make everybody happy. We must never forget this fact in the midst of these unending arguments.

Our disagreement is basically how to get out of this mess which is damaging the economy day by day. Those who favour official devaluation of the national currency think it will address the forex inflow crisis, boost foreign investors’ confidence, stem the outflow of investors’ funds, remove forex market distortions and increase the revenue due to the three tiers of government — which is currently shared at N197 to $1 when indeed the street value is over N300 — and help wipe off the budget deficits. They think the naira has already devalued itself, in any case, and general prices have adjusted, but the government keeps deceiving itself by pretending N197 makes sense.

But there is another side to the argument, led by President Buhari himself. He says he will not “kill” the naira by devaluing it, and has picked out specific sectors he wants to make forex available to at N197 to a dollar. He believes only exporting countries benefit from currency devaluation. The Central Bank of Nigeria (CBN) has listed dozens of imported items it will not fund as part of the rationing of the forex reserves which are getting drained by the day. The CBN insists it will continue to make forex available only to “critical sectors”, and those who want to import non-essential items should source their forex elsewhere. The stated aim is to stimulate domestic production.

To be sure, I do not think, for one second, that simply restricting forex allocations will solve the problem. Actually, I have always argued that Nigeria’s real sector needs to be supported with solid infrastructure and generous incentives to fast-track industrialisation and purge ourselves of this importation epidemic and forex illness. We can even use tariff to discourage imports, even though the World Trade Organisation (WTO) will attempt to crucify us for raising barriers to “free trade”. But we must stop casting our current economic crisis in the single narrative of devaluation. We are dealing with complex human behaviour with several variables.

Since Buhari, the president, has maintained that he will not devalue the naira, then we would have to live with that for now. We cannot overrule him. I have now chosen to look at the different endgame scenarios for Buharinomics. There are two extreme scenarios I want to share. The first, which I call the “Sai Buhari!” scenario, is that things work out fine in the end. Imports drop sharply; pressure on naira falls; exchange rate stabilises; speculators bite the dust; investment in social infrastructure yields massive results; domestic manufacturing picks up; and we gradually overcome this economic hardship within three years. Sai Buhari!

The second scenario, the “Chai Buhari!” one, sees things get out of hand: naira slips into coma as speculators enjoy a free ride; black market hits N1000 to $1; prices of goods and services go gaga; the CBN can no longer make forex available for imports; we are queuing up to buy milk, salt and rice; unemployment soars as more factories close down; foreign investors shun Nigeria; Buhari then runs to the IMF for a $20 billion bailout as violent protests break out nationwide; IMF asks Buhari to devalue the naira, remove capital controls, abolish electricity subsidy, increase fuel price, and cut social spending; and Buhari painfully capitulates. Chai Buhari!

If I claim to know the endgame of Buharinomics, I lie. This is not mathematics. This is about how economic agents will interact and react under a different temperature, humidity and pressure. The fact that things are not going well today does not mean we are doomed. Indeed, with economic reform, things tend to get worse before they get better. That is why we have to look not just as short-term pains but also long-term gains. That is why I ultimately favour flexibility. In the Malaysia case, Mohammad was flexible. He resisted the IMF, yes, but even in his own policies, he evaluated results from time to time and acted with the latest information and within unfolding realities.

Meanwhile, there are certainly other possible endgame scenarios. For instance, if oil price picks up along the way, all this debate becomes an academic exercise. Moreover, there are rumours that some “saboteurs” are bent on making sure Buhari devalues the naira, and they will do anything to depress the naira in order to force the issue. Some bankers, currency speculators and top government officials are allegedly involved in the conspiracy. If this is true, it is yet another scenario I have not painted — the scenario where things that work in other countries spectacularly fail here because of the “Nigerian factor”. The endgame, then, remains highly unpredictable.

Rev. King, The Law And King’s Supporters By Reuben Abati