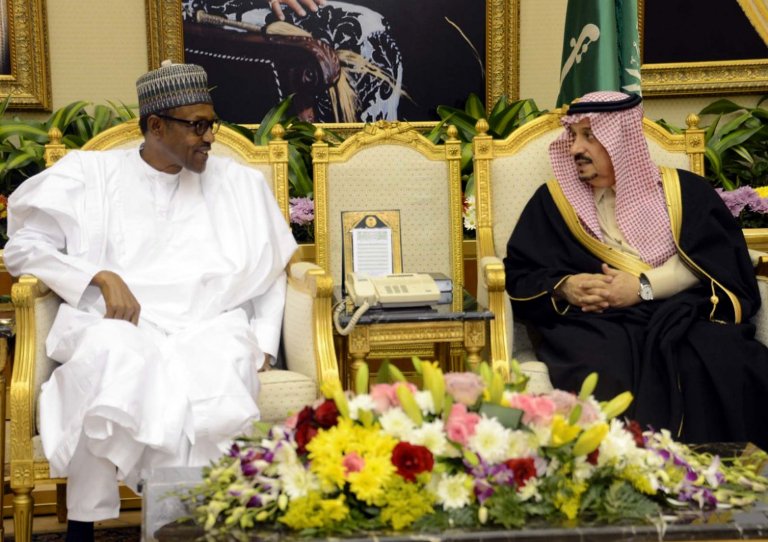 President Muhammadu Buhari has tactically rejected an invitation by Saudi Arabia to join the Coalition of Islamic States against Terror.

Buhari, who is on a week-long visit to Saudi Arabia and Qatar, told his host ?and ruler of Saudi Arabia. King Salman Bin Abdul-Aziz, ?that rather than joining the coalition, Nigeria would support the coalition.

?He spoke at a bilateral meeting between Nigeria and Saudi Arabia in Riyadh hosted by the ruler, King Salman Bin Abdul-Aziz.

The president, who made his first pronouncement on the invitation to join the coalition of Islamic states against terror spearheaded by the Saudis, congratulated the Kingdom on forming the coalition.

He said: “Even if we are not a part of it, we support you. I must thank the Kingdom of SaudiArabia for the recent creation of a coalition to address the menace of international terrorism.

“Nigeria will support your efforts in keeping peace and stopping the spread of terror in your region. This is in consonance with our own commitment and on-going efforts in seeking to stamp out Boko Haram terrorists from the West African sub-region and Lake Chad Basin Commission (LCBC).”