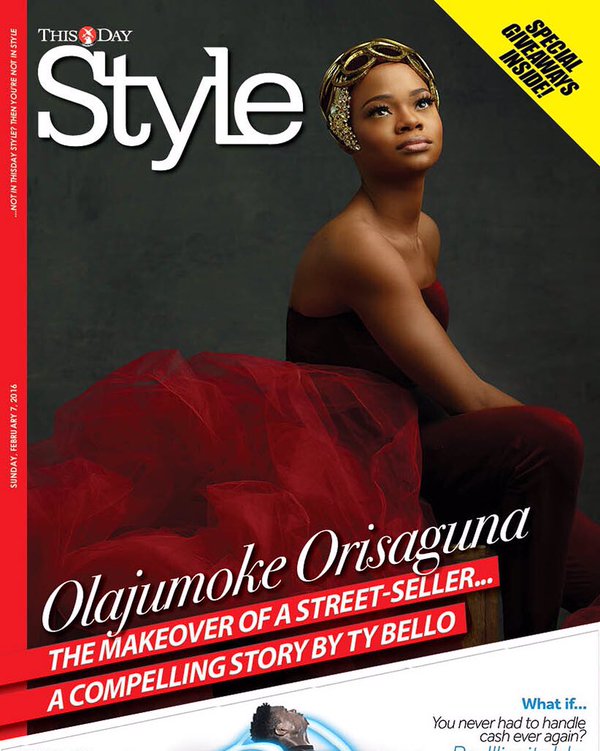 The inspiring story of Olajumoke gets the attention of not only Nigerian media but the international press is equally jumping on the frenzy, we had reported she will be featured on CNN.. A while ago, BBC is also reporting her story..

BBC Monitoring Janet Onyango is repoting that Twitter users in Nigeria are tweeting about Olajumoke.. Read her story below..

A street vendor in Nigeria's commercial city, Lagos, has caught the attention of Twitter users after she accidentally walked onto the set of a photo shoot featuring rap artist Tinie Tempah.

Olajumoke caught the attention of Nigerian celebrity photographer and singer, Ty Bello, who took photographs of her that were published on the cover of ThisDay style magazine.

Since then, Olajumoke, a trained hairdresser, has been offered internships at various hairdressers in Lagos and received modelling contracts.