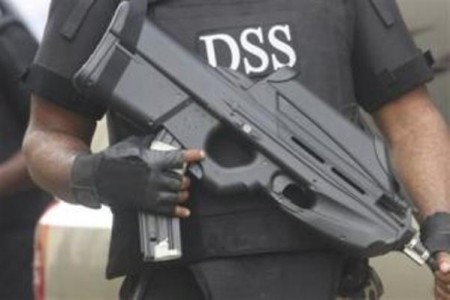 The Department of State Services (DSS) has said that the service had foiled a plan by a group of fraudsters to steal N4.5 billion from the Treasury Single Account (TSA) by hacking the Government Integrated Financial Management Information System (GIFMIS).

This is contained in a statement issued by an official of the service, Mr Tony Opuiyo, Yesterday in Abuja.

According to Opuiyo, between December 2015 and February, 2016, the Service also busted the network of syndicated kidnap gangs in different regions in the country which includes Kebbi, Zamfara, Niger, Nasarawa, FCT, Oyo and Osun states.

The statement also said that the service had arrested a suspected recruiter for the Islamic State of Iraq and Syria on Jan. 17 in Kano.

The arrest was sequel to available intelligence which indicated the suspect’s terrorist antecedents and covert drive to indoctrinate and recruit susceptible youths in the country.

The statement said that the successes were recorded as a result of proactive and credible intelligence offered by members of the public, sister security agencies and other stakeholders.

“ This Service wishes to state that it will continue to deploy every means necessary within its statutory mandate, and ambit of the law to ensure the security and safety of all law-abiding residents and citizens wherever they reside,“he said.

It urged all and sundry to be extra-vigilant, as well as report any suspicious persons and groups or activities to relevant security agencies for the sustenance of relative peace in the country.