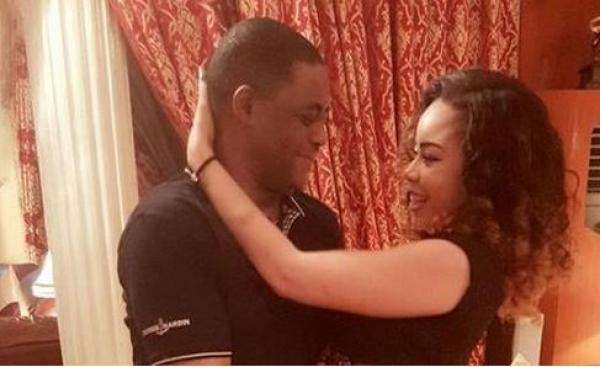 On Monday, February 1, the family of the former minister of aviation, Femi Fani-Kayode and his impeccably beautiful wife, Precious Chikwendu welcomed their first son today.

The joyous father confirmed to Naij.com on the arrival of the newborn at Diff Hospital, Aso Drive in Abuja.

Fani-Kayode said: “We have a ‘beautiful’ baby boy!!”

The former minister said mother and child are doing well.

Asked why he choose, Nigeria, as all his other children were delivered outside the country, the former minister said he wanted his first son to be born in his fatherland.

“All my children were born outside the country, this is the only one that is born here, he is my first son and like me, so I insisted he has to be born here,” Fani-Kayode said.

He said: “Again, all my siblings and my dad were born abroad, I was the only one born here in Nigeria.”

“It went very very well, top consultants were present and the baby is beautiful!” an excited Fani-Kayode added.

Fani-Kayode has three children before the birth of the newborn.

In August 2015, the Fani-Kayode’s family had questioned the paternity of three of his children (all girls) after Yemisi Adeniji, his former wife refused a paternity test for the children.

The family also said they will no longer have anything to do with the three children and their mum, Yemisi, who is also the daughter of a former Lagos state judge.

Fani-Kayode had also been married to a lady, Saratu Attah who bore him a child, Folake in 1987. They have since been divorced.

Precious was the former Miss Valentine and Miss United Nations World 2014. She is also an actress and model, and is popularly known as Snow White.

Amber Rose And Kim Kardashian In A Joint Selfie, And Their Baby Daddies?