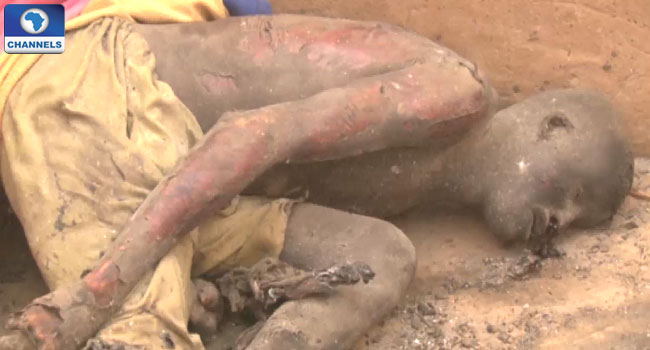 President Muhammadu Buhari insisted Sunday night that Boko Haram has been pulverised, rendered homeless and confused and that recent bombings by the group are attempts to worm their way back to society and hug media attention.

He noted that the insurgents had suffered immensely from the sustained bombardments of their camps and hideouts by the Nigerian military and had resorted to using desperate measures to gain cheap media attention.

President Buhari stated this in a condolence message to victims of recent Boko Haram attacks in Chibok market, Dolari Internally Displaced Person’s (IDP) camp in Borno, and the Gombi market in Adamawa.

“Having lost the war, they are seeking ways and means to gradually find their way back into society.They are not returning to contribute, but to cause more havoc.

“They are so desperate to embarrass the government and the people that they have no qualms attacking isolated communities and markets,’’ Buhari added in a statement issued by Malam Garba Shehu, his senior special assistant for media and publicity.

Buhari called on Nigerians, particularly those in the North-East states, to be more vigilant and ready to work with security operatives in ending the war against insurgency.

The President noted that the materials for the Improvised Explosive Devices (IEDs) were locally sourced by the insurgents, and urged Nigerians to be more circumspect and report suspicious purchases and movements of unusual components across the country.

“I urge all citizens, wherever they live, to own the war against terror and to be part of the fight, because it is the only way we can finish the remaining work that needs to be done to make our country safe again,’’ he said.

Buhari extended his condolences to all the people of Chibok, Gombi and Dolari who lost loved ones in the recent bomb attacks.

He prayed that the Almighty God would comfort them and grant the injured persons quick recovery.

You Will Be Teary After Looking At The Gory Images From Dalori; B’Haram Tears Borno Apart [Warning]