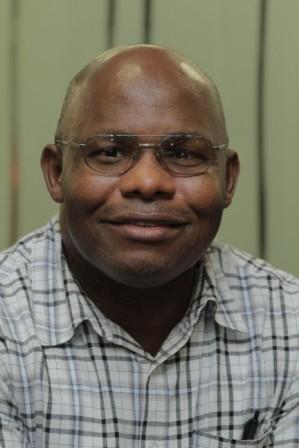 Bola Tinubu, the national leader of the All Progressives Congress (APC), the governing party at the federal level, has cast himself as the chief defender of President Muhammadu Buhari. His exaggerated defence of Buhari’s economic and political policies should be expected. After all, he was the one who threw his weight behind Buhari as the presidential flag bearer of the APC during the general elections last year.

Answering questions that focused on the state of the economy, the falling oil price in the international market, and the government’s options for dealing with the ragged economic situation at home, Tinubu offered simplistic excuses why Nigerians should not be nervous about the instability in the oil market which has also affected global currencies. He said: “We are not the only country affected, it is universal. We have to manage ourselves, challenge ourselves, and be more creative in a way that will not affect the welfare of the people, because the government is about the people.” He also said: “We should also be innovative and develop our economy in such a way that will show the leadership position that we always espouse in Africa. Now and years back we have been talking about diversification of the oil sector but we never implemented it.”

The idea that the significantly reduced oil price should be regarded as a worldwide problem might be true but should the country go into lockdown just because the global economy is experiencing turbulence? If the problem is worldwide, shouldn’t the government have its own emergency response strategies? Should we fold arms, suspend our lives, and wait for the situation in other parts of the world to abate before we can start to live again?

The hallmark of good political leaders is the ability to respond instantly to unanticipated problems that confront their nations. I do not subscribe to Tinubu’s rallying call for all citizens to support President Muhammadu Buhari because there is no evidence that the government is taking strong action to mitigate the nation’s economic problems.

It is okay for a party leader such as Tinubu to aim to rouse the citizens to support their government in times of economic adversity. However, before that can happen, the government has to demonstrate practically to the citizens that it is working hard to alleviate poverty, economic hardships, health problems, and other problems that have overwhelmed the people. In times of growing economic problems, speechifying is not the best way to appeal to and win the support of citizens. The government has to show with verifiable facts that it is working tirelessly to attend to national problems.

Other than its ongoing campaign against corruption (which appears to be yielding stunning results), the Buhari administration has been known since inception for inaction, slow response to serious national problems, and at times for its unwillingness to engage with the citizens. A government needs to sell its programmes and policies. A government needs to engage the citizens by going to the people rather than speaking to the people from the top of Aso Rock mountains.

The Buhari government in concert with the Central Bank of Nigeria has acted to stifle and discourage local and foreign investors willing to do business in the country. It is indeed ironic that a government that should encourage business growth has rolled out policies that are not business or investment-friendly.

When government discourages business growth through disincentives that serve neither the nation’s interests nor the interests of the citizens, the economy suffers. For example, many businesses have been suffering from the effects of unsound monetary policies made by the government and the Central Bank. One of such bizarre policies placed very small limits on the maximum amount of foreign exchange that businesses can access and use to import goods into the country. Keep in mind that Nigeria is an import-dependent economy. Across the country, many big and medium-scale businesses have been strangulated by these weird policies that do not encourage investment. Ordinary citizens are also affected. I have heard many people lament their inability to access sufficient foreign exchange to use when they travel overseas for business purposes. Similarly, the Central Bank has stopped the sale of foreign currencies to bureau de change for what the governor of the bank, Godwin Emefiele, described as inadequate foreign exchange.

Buhari said in Kenya the other day that bureau de change operators should obtain foreign currencies from any other sources because the Central Bank has no obligation to provide the bureau operators with foreign currencies at reduced prices which the operators go on to sell to other people at inflated prices. This appears to be a sound argument except that the environment for foreign exchange trade has been corrupted by our banks. At times like this, you wonder whose interest is being promoted, advanced, or destroyed by the government and the Central Bank’s monetary policies.

Against this background, I was puzzled when I heard Tinubu arguing that there are many ways to revive the nation’s flagging economy without anyone pressing the panic button. Last weekend in Ibadan, Tinubu preached that “Nigerians also need to be patient for the present administration to revitalise the economy.” The problem is not with the people but with the government and the institutions of government that are established to support economic growth and national development.

I am not persuaded by Tinubu’s argument that the economic situation in Nigeria “is not as bad as people make it appear“. This kind of argument shows that Tinubu is far removed from the situation on the ground. He does not need to go too far to find out the truth about the level of poverty in the country. He can have a chat with a couple of ordinary people who feel the pains more than privileged politicians.

Every time things go wrong in the country, the government tends to blame the previous government. For goodness sake, we have grumbled endlessly about the economic blunders of previous governments. While it is true that the People’s Democratic Party (PDP) mismanaged and ruined the economy in the past 16 years, we must not dwell on that for too long. We cannot continue to hiss, whinge, and moan forever about the wastefulness and prodigal spending habits of the past administrations. We cannot continue to live in regret. The world will not wait for us till we rise from our stupor.

Buhari was elected on the platform of his campaign slogan that depicted him as a miracle worker. Now is the time for the miracle president to show Nigerians that he has not been sleeping but has been working very hard during the day and during the night. Nothing else would satisfy many people who are wearing gloomy faces as they go about their daily activities.

As Buhari approaches the first anniversary of the election that brought him into the Presidential Villa in Abuja, it is important to remind him (just in case he has forgotten so quickly) that the nation showered him with immense goodwill and support before, during and after the presidential election . That national support was based on the presumption that he symbolised change, good government, swift economic revival, and a new beginning. So, Buhari must start to make a difference in the lives of ordinary Nigerians. He must empower ordinary people economically, politically, educationally, and through provision of employment opportunities.

Following the inauguration of his government last year, Buhari raised public expectations when he signalled he was fully aware of the problems that confronted the nation. He spoke of his determination to prevail over all problems. To the delight of everyone, Buhari said his government would take no time to start rebuilding the tattered economy, including urgent improvements in higher education, as well as rectifying our crooked social and political institutions. As a reflection of the earnest desire of the nation for change, Buhari said: “We shall correct that which does not work and improve that which does. We shall not stop, stand or idle. We shall, if necessary crawl, walk and run to do the job you have elected us to do.”

Well, it seems that Buhari has been standing and looking for too long. The current state of the economy dictates that Buhari must start running rather than sitting in his office waiting for direction from no one in particular. The national call for urgent change is justifiable. The nation is in a hurry. And this is why. The years of PDP rule are remembered for the unprecedented corruption, disrespect for the rule of law, and mass embezzlement of the nation’s treasury and government property. No one in the country today wants to see a repeat of these experiences. When citizens feel frustrated by the slow pace of Buhari’s government, it is easy to understand why.

Buhari and the APC leaders must rise to work to provide for the welfare, wellbeing, security, and safety of the citizens. No amount of excuses adduced by APC leaders could be used justifiably to defend Buhari’s lacklustre performance in some sectors. While he has focused on fighting corruption and appears to be making some impact, there are many other areas that remain untouched nearly one year into his government. So far, it all looks like the pre-election campaign slogan that portrayed Buhari as an immaculate change agent has now worn off.

Time waits for no nation. As everyday passes, the people’s megastar president known as Buhari looks, sounds, and acts weak regardless of APC leaders’ sustained campaign to polish his image. Last year, I wrote a critical assessment of Buhari’s government and the performance of the APC. My assessment remains as apt in 2015 as it is today. I wrote: “The longer it takes Buhari and the APC to start making a difference in the lives of ordinary people, and to get the economy that has been stalled since the beginning of this year (2015) moving again, the more likely the citizens will deliver a damning verdict against Buhari. The public is likely to view Buhari’s slow speed as evidence of the president’s inattentiveness to the welfare of the citizens. When people are hungry, you cannot alleviate their hunger through never-ending promises. Buhari has been promising everyone that his best is yet to come and yet there is nothing in the horizon to show when or how soon the long-expected change would arrive.”

Olisa Metuh And The British: Between The Colonized And The Postcolonized By Pius Adesanmi