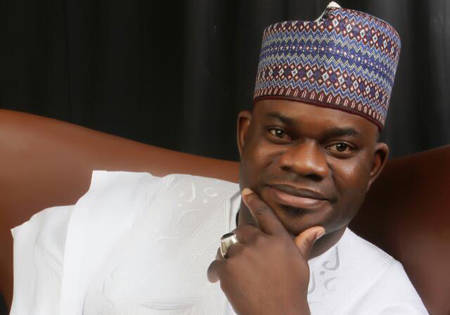 The inauguration and swearing-in of Governor-elect Yahaya Adoza Bello will take place tomorrow at the Confluence Stadium, Lokoja, the Kogi State capital.

Bello, who was born on June 18, 1975 in Agassa, Okene Local Government, will be sworn-in by the Chief Justice of the state in the presence of dignitaries, party men and the public.

As part of handover preparations, the government under the leadership of outgoing Governor Idris Wada set up a Transition Committee, which has been meeting with a similar committee set up by Governor-elect Bello to ensure a smooth transition.

The ceremony will be broadcast live on the network of the Nigerian Television Authority (NTA).

Egbunu, a Christian, is an indigene of Ofu Local Government. He is from Aloji Ward.

James Abiodun Faleke, who was picked by the All Progressives Congress (APC) as the running mate to Bello, turned down the nomination, saying he should be declared the governor-elect.

He earlier ran the election with the late Prince Abubakar Audu before his sudden death.

Egbunu’s nomination was contained in a-six-page letter addressed to the governor-elect and signed by Dr. Yakubu Ugwalawo, the leader and senatorial coordinator, as well as Hassan Haruna, Yahaya Menyaga and Prince Isah Abdullahi, zonal coordinators and nine others who are local government coordinators.

In the letter, copies of which were sent to the National Chairman of the APC, the National Deputy Chairman (Northcentral), the National Secretary, State Chairman, the Minister of State for Labour and Employment (who is from Kogi State) and APC senators from Kogi State; the coordinators said the nomination of Egbunu was based on the fact that he is tested, trusted and dogged.