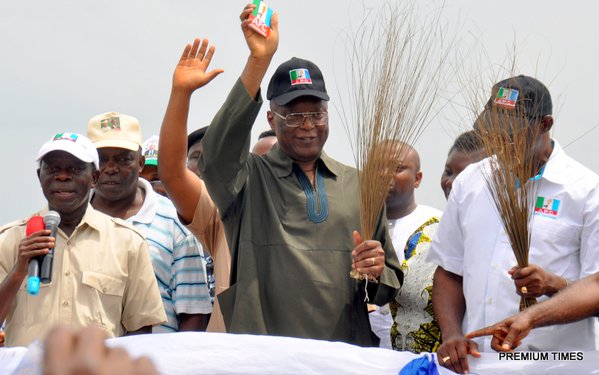 Former governor of Edo state, Professor Oserheimen Osunbor, has revealed plans to contest on the platform of the All Progressives Congress (APC) in the forthcoming governorship election.

Speaking with journalists in Benin City, the state capital on Monday, January 25, he boasted that he is the man to beat.

Professor Osunbor, who removed from office by the court of appeal in 2008 said his antecedent in office puts him high above other aspirants.

The former governor, however, assured that he would give his support to any candidate that emerges as the party’s flag bearer in a free and fair primary.

His words: “Delegates must be weary of aspirants with deep pocket and electorates must support and vote for candidates with credentials.

“I offer myself as an aspirant in the forthcoming elections as a man that is well known to the people of Edo state and beyond. I have built for myself over the years a reputation for excellence integrity, hard work and a remarkable track record of achievements.

Professor Osunbor, who recently defected to the All Progressives Congress said he dumped the PDP because the party does not have the interest of the people at heart.

He was elected Senator for the Edo Central constituency at the commencement of the Nigerian Fourth Republic, running on the platform of the People’s Democratic Party (PDP).

He was appointed to committees on Rules & Procedures, Ethics, Judiciary, Water Resources and Government Affairs after taking his seat in the Senate in June 1999. Osunbor was reelected to his senate seat in April 2003.