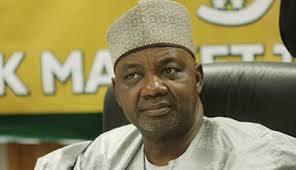 The Economic and Financial Crimes Commission has extended its ongoing investigation into the $2.1bn arms procurement scandal to the office of former Vice-President Namadi Sambo, The PUNCH has learnt.

It was gathered on Monday that the EFCC operatives were looking into the office of the former Vice President because of some transactions that linked the office to that of the former National Security Adviser, Col. Sambo Dasuki (retd.).

There was a report two weeks ago that Destra Investment, a company owned by the National Publicity Secretary of the Peoples Democratic Party, Chief Olisa Metuh, allegedly paid N25m to a former special assistant to Sambo, Abba Dabo, on December 16, 2014.

The commission is currently investigating N1.4bn found in the account of Metuh’s company.

Out of the N1.4bn, N400m was alleged to have been paid by the Office of the NSA.

A top EFCC source, who confided in The PUNCH, said the former VP’s office was being investigated because some of the funds disbursed by the former NSA had to do with the financing of the PDP presidential campaign in the North.

It was learnt that the office of the former VP coordinated the PDP campaign in many parts of the North and that some of the funds were sourced from the ONSA.

The source explained that virtually all the arms of government had one reason or the other to interact with the ONSA because of its strategic nature in the last administration.

It was further learnt that the ONSA was always directed to take care of emergency cases in the previous government.

A top operative of the commission said the commission had also commenced a probe into the operations of another former NSA, the late Gen. Owoye Azazi.

It was stated that the EFCC was detaining some of the personnel of the ONSA, who worked under Azazi and Dasuki.

It is not clear whether the EFCC has released the former Military Assistant to the late Azazi and Dasuki who has been in detention for over two weeks.

The source said the EFCC was also detaining others in connection with the probe.

The source added, “Operatives are intensifying investigation into the activities of the former Vice President, Namadi Sambo, as part of the ongoing probe.

“The commission is also detaining some of the people who worked under the late Azazi. You know that there is no government office that would not come under this probe.

“The reason is that the ONSA was strategic and was called upon to play a role in all cases identified as emergency.

“This thing will touch all the offices in the previous government. It is just a matter of time.

“The former VP coordinated the PDP’s presidential campaign in many parts of the North.”

The Head of Media and Publicity of the EFCC, Mr. Wilson Uwujaren, said he did not have the information when contacted on the telephone.

“I do not have any information on the matter,” he said.

Abacha Must Have Looted For The Future, Switzerland Returns $300m Stolen By Ex-Dictator