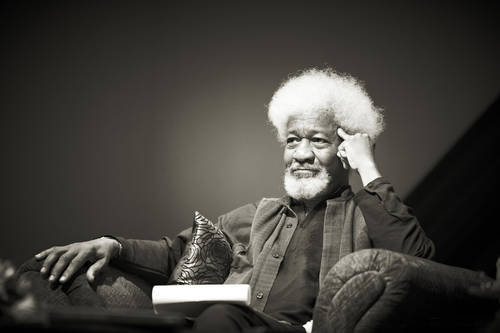 Rivers State Information Commissioner , Dr Austin Tam-George has declared that the state government will demand a refund of the N82million expended by former Governor Amaechi on Professor Wole Soyinka’s dinner if it confirms that the Nobel Laureate received part of the the funds in cash.

Also, Dr Tam-George declared that the point of departure between Former Governor Amaechi and Governor Nyesom Wike was the insistence of Governor Wike that Amaechi observed probity and accountability in all governmental actions, an advice that was thrown overboard by the former governor .

Addressing Rivers people via a radio programme on Wednesday in Port Harcourt, Dr Tam-George regretted that the Amaechi administration using the Ministry of Information and Communications headed by Ibim Semenitari amassed N1.1billion debt on frivolous expenditure.

According to Dr Tam-George : “I will seek the permission of the Governor to formally write Professor Wole Soyinka, a known supporter of Amaechi if he received part of the N82million spent on a 3-hour Dinner hosted for him by the Amaechi administration.

“If he agrees that he received such funds, then he will be compelled to refund same to the coffers of Rivers State. At present, we have presented these details to the Police for investigation and prosecution. We shall also take up this matter as a financial crime against the people of Rivers State. ”

He said that all the fraudulent actions of the Amaechi administration are being addressed by the Wike administration, pointing out that it will take time for the legal process to be completed because they are financial crimes.

The Information Commissioner said that Former Governor Amaechi betrayed the trust of Rivers people by embarking on irresponsible expenses, which led to the mismanagement and fraudulent misuse of N3trillion that accrued to the state under his watch.
He said that Governor Nyesom Ezenwo Wike had to leave the Amaechi administration when the former governor received to adhere to patriotic advice to use Rivers State resources to develop the state.

“The point of departure between Former Governor Amaechi and Governor Nyesom Ezenwo Wike was Wike’s commitment to probity and accountability. Governor Wike refused to be part of the financial mismanagement of resources that accrued to the state “, Dr Tam-George told the people of Rivers State.