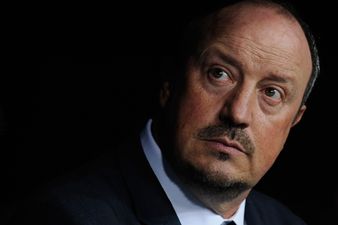 Rafa Benitez has been sacked by Real Madrid – seven months after he took charge of the club.

The former Liverpool and Chelsea boss has lost three of his 18 La Liga games in charge, though Los Blancos were kicked out out of the Copa Del Rey for fielding an ineligible player .

Zinedine Zidane is current favourite to take over.

Benitez signed a three-year contract on June 3 – and just 18 league games later, he’s been given the boot.

Just In: NFF Head Of Protocol Was Shot Dead At His Home Earlier Today