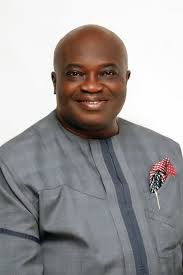 The people of Abia state have been alerted by the state government to an alleged plan to swear in Dr. Alex Otti of the All Progressives Grand Alliance (APGA) as the new governor on Monday, January 4, based on the Appeal Court’s verdict that declared him winner of the gubernatorial poll held in the state, Today.Ng reports.

The court delivered judgement on the election petition on the last day of the year 2015, ruling that Alex Otti of the All Progressives Grand Alliance (APGA) was the winner of the election, and ordered his immediate swearing-in and ordered the Independent National Electoral Commission (INEC) to issue his certificate of return.

Comrade Bonnie Iwuoha, the information commissioner, in a statement, warned those he said were planning to have Otti, sworn-in illegally to desist from such dastardly act as the state government will not condone it.

The commissioner stressed that Abia and her citizens believe strongly in democracy and the rule of law.

Otti, had on Wednesday, December 2, restated his commitment to assume the mantle of leadership freely given to him by the people of the state, even as he said that he will not give up on in his pursuit of his mandate.

In a statement, the former banker said that the ruling of the Appeal Court in his favour was the victory of silent majority over ‘unjust minority’.