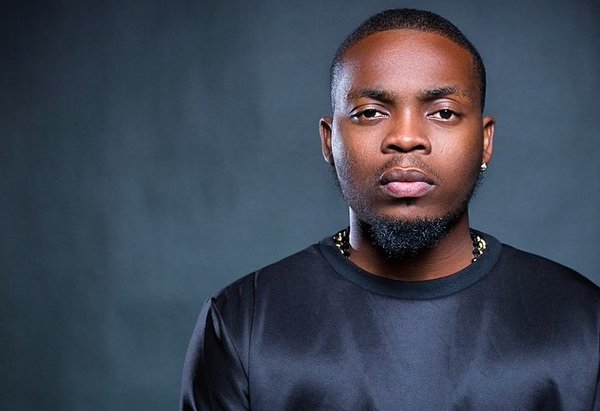 YBNL’s Olamide Adedeji, has apologised over his outburst at the just concluded Headies awards 2015. And Nigerian twitter was lit with supporters taking sides over the face-off between Olamide and Don Jazzy.

“I want to apologise to my fans for my conduct, including swearing on Live TV, at the Headies event some hours ago. I recognise that you all are the most important part of my work and my journey so far, and I would not have come this far without you. Therefore, you deserve better from me. I promised to conduct myself in a more respectable manner in future,” he posted on social media platforms.

For those who must have missed the drama, so here’s what happened… MAVIN’s Reekado Banks won the award for the Next Rated Artiste Category at the 2015 Headies Awards, Saturday morning.

This obviously didn’t go down well with Olamide and he made his feelings known when he climbed the stage with his whole YBNL team, when his artist Adekunle Gold won the award for Best Alternative act for his song, Shade.

While expressing his appreciation, Lil Kesh prostrated before Olamide who then took the mic and said; “Lil Kesh is our own Next Rated artist. F**k that sh*t! The streets ti take over. Every f**king single was a hit back to back. From lyrically, to Shoki to Efejoku. Ko ni dafun Iya anybody. ”

He then dropped the mic on the ground, threw away his cup with its content spewing on stage as he and his crew walked away.

After Olamide’s diatribe, Don Jazzy won The Special Recognition Award and in his vote of thanks after receiving the award from Tony Okoroji said: “I don’t like awards. I told Ayo Animashaun that I don’t want this award. I said the award should be given to D’banj but they found a way to get me here.”

Reacting to Olamide’s rant he said: “I came out here to support my children. As they were trying to present the award, Reekado Banks was performing at Ali Baba’s show. I have already told my children that I will buy cars for all of them.

“Egbon Olamide, if you want the car, come and collect it”, Don Jazzy added. (The 2015 Headies Next Rated Artiste Award winner goes home with a Hyundai SUV car).

Afterwards, Olamide went nuts and came for Don Jazzy on Twitter. In a number of tweets, Olamide declared war on Don Jazzy and ripped him to pieces and also on the way Don treats artistes on his label. In one of this tweets, he left a warning .

He continues: “ I did not mention father’s name on the stage. Don’t f**king mention my name f**k boy. Don’t try all this sh*t with me”

He blasted him further on how he treated D’banj:

“You crave attention so bad, cool with everyone on your team but na you be Don f**k everything up, ruin every relationship”, (obviously referring to how Don Jazzy and Dbanj parted ways.)

“U dey chance your boys, Dem dey call you baba, my niggas call me my brother”

“After you don ruin D’banj with packaging, na de same u come dey form humble on social media. I called to strike a deal with Di’ja.”