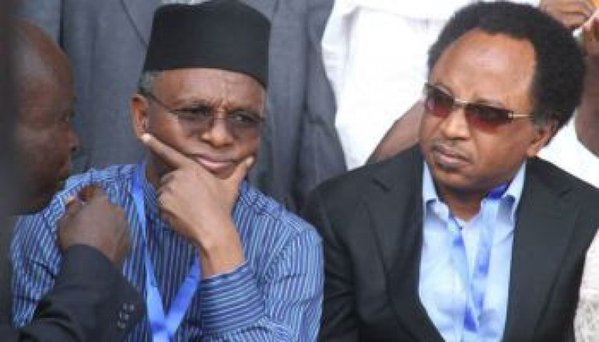 The letter of suspension, which came from the senator’s ward known as Tudun Wada North Ward 6 and signed by Ahmed Abdulhamid, Auwal Mai Anguwa and Aminu Alilan, Secretary, PRO and Ex-officio respectively, stated that the decision was arrived at after a meeting held on 27th December, 2015 which reviewed a subcommittee report on allegations made against the senator.

It further stated that Senator Sani’s statements violate the rules of engagement of the party, which has only succeeded in factionalizing the party in the state.

It also noted that Sani’s statement on national issues is not in conformity with that of the state Governor and Government of Kaduna State.

While stating that the Senator has remained consistently in confrontation with the good policies of the Government of Kaduna State and considering them anti-people’s policies, it said “In view of the foregoing we have unanimously agreed that Senator Shehu Sani representing ward six should be suspended for the period of eleven months and that henceforth he is disengaged in partaking or attending party activities in Kaduna State subject to other punitive measures respectively.”

In a swift reaction to the suspension, the Special Adviser to Senator Shehu Sani on Political matters, Suleiman Ahmed said the suspension was illegal, adding “those behind it are ignorant of the party’s constitution.”

He said the suspension will not stop the Senator from criticizing or challenging Governor El-Rufai’s anti-masses policies.

Ahmed also alleged that the exco member who signed the suspension letter were acting the scripts of Governor El-Rufai.

In another reaction Senior Legislative Aide to Shehu Sani, Alhaji Rabiu Khaleed said the senator was never invited to any meetings and was never